The purpose of this article is to gather design documents and diagrams together. 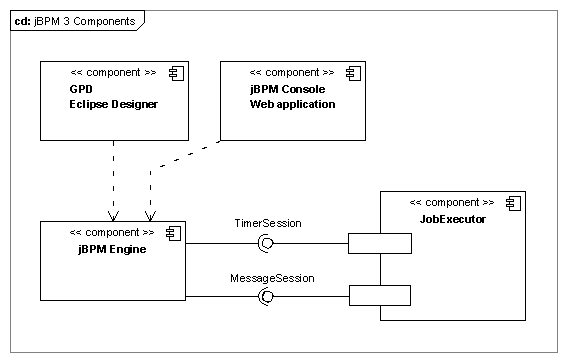 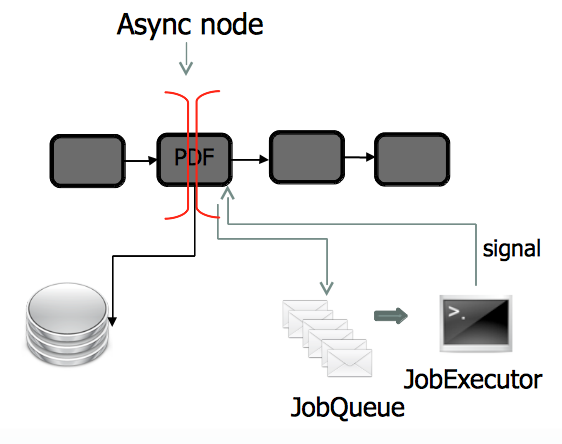 GPD depends on the file src/main/etc/version.info.xml in the distribution module. This file contains the locations of the jar files that are needed to create a new project. The tooling expects the following folder layout:

For deployment, a servlet that accepts process archives with file upload has to be configured.  This features was only added for usage during development.  So after we found out that this imposed a security problem, then we proposed to remove the servlet.  But the latest product decision was to secure the servlet.

The console just uses the jBPM 3 API and libraries directly and it should be configured to connect to a data source.

jBPM uses Hibernate as ORM framework. This means that, theoretically, jBPM is compatible with any Hibernate-compatible database (ie any database for which there exists a Hibernate dialect). However, extensive compatibility testing is done on the databases which are listed as certified databases for the SOA-P (and more).

The following sections will discuss the jBPM schema. Refer to Jbpm31DataModel for diagrams of the definition and execution data models. 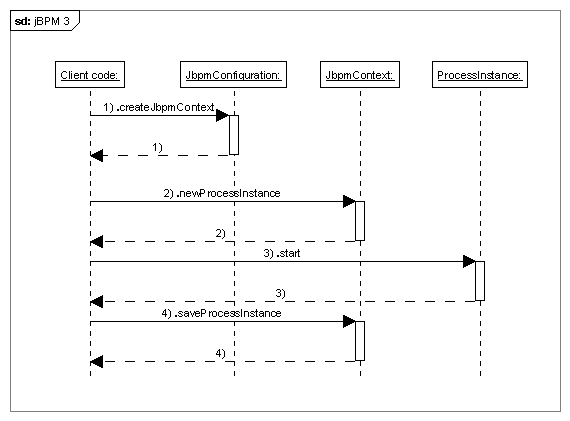 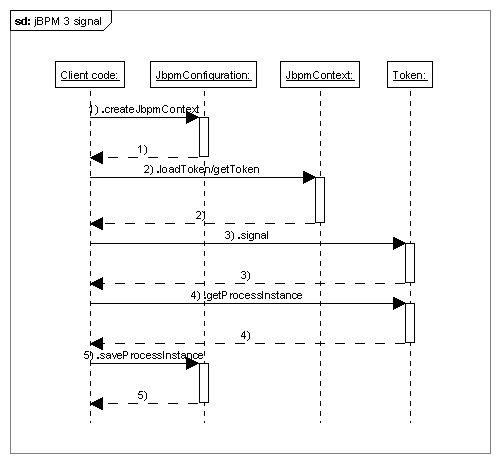 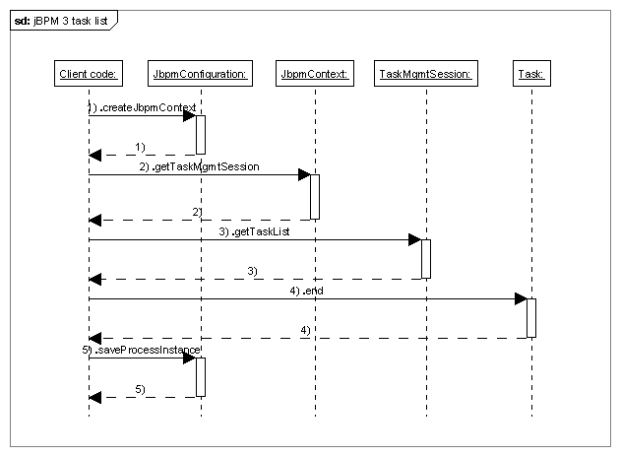 From support cases, our experience is that only one set of tests is lacking: Controlled concurrency testing.  Though those are not easy to set up.  This means that we need to simulate in a controlled fashion optimistic locking exceptions.  One test thread should control multiple threads (at minimal 2), each performing some competing operation on jBPM.  For example, a signal and a timer that are performed on the same token.  Those then should lead to a hibernate optimistic locking exception and then a rollback of one of those transactions.  Depending on the DB implementation of locking, deadlocks could arise as well.  Analyzing which of those situations can occur and building controlled tests for those is the next effort that should be done for jBPM to be able to better support the product.  Also the join behavior should get attention in this context. Then these tests should be executed on all databases so that those different behaviors can be analyzed and documented.

A significant amount of research is necessary to explore this path.  One direction we've been thinking about is using the java debugger capabilities to achieve this.  In that case, the unit test could pretend to be a debugging tool that puts breakpoints and steers the execution in a controlled fashion to optimistic locking exceptions.