So I was invite by Miracle to give a talk about OpenShift at MOW2012. 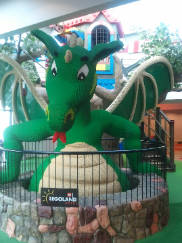 Few words about Miracle Open World, it used to be an Oracle Database conference but starting last year they opened the tracks and had "company tracks" such as Oracle Track and Microsoft Track. This year there were various tracks such as Programming Language, Cloud and Virtualization, Middleware, Databases, Performance, Mobile which was much more appealing IMO.

The Miracle company remimded me of the old JBoss Days, a family around a charismatic CEO named Mogens Norgaard, he introduced a funny serie of Oracle DB installations after hearing that IBM was charging 50 hours for it. For instance they made a movie showing how to install it in two hours with the only help of a nose.

Anyway, turning in Database conference into a broader conference is a challenge and unfortunately it seems like they weren't heard. The audience was missing as well as money to sponsor their famous beach party which was replaced this year (with a lot of humour) by a large pool in a kit... (Freezing at this time of the year)

I attended one of the most successful session there around C#/.Net to write mobile applications for Windows mobile, Android and iOS http://mow2012.dk/program/cross-platform-mobile-applications-with-c-and-net.aspx. The promise to build once for multiple devices surely attracted most of the audience, ultimately the presentation remains to the level that you could build .Net libraries that could be reused in multiple environments.

In any case, I got to learn more in areas where I don't usually go and on top of that I got to learn how to open a beer with another beer thanks to Max Rydahl Andersen and all the other Danish guys there for whom it seemed very natural... (In France and Switzerland we use what we call a "bottle opener" it's also a good marketing goodie. Note to marketing people, this kind of goodie is useless in Denmark).

I also got a chance to meet for the first time other Red Hat colleagues which is always good !

Oh and last, I got to quickly visit LegoLand as the conference was in the LegoLand hotel.