The maven groupId for jBPM 4 artifacts is org.jbpm.jbpm4

Runtime dependencies are required to execute and test the system, but they  are not required for compilation. For example, you may need a jdbc api jar at  compile time and the jdbc driver implementation only at runtime.

Test scoped dependency are not required during the normal operation of an  application, and are only available during test compilation and execution  phases. The test scope was previously introduced in the section called  “Adding Test-scoped Dependencies”.

Overview of the jBPM 4 module dependencies: 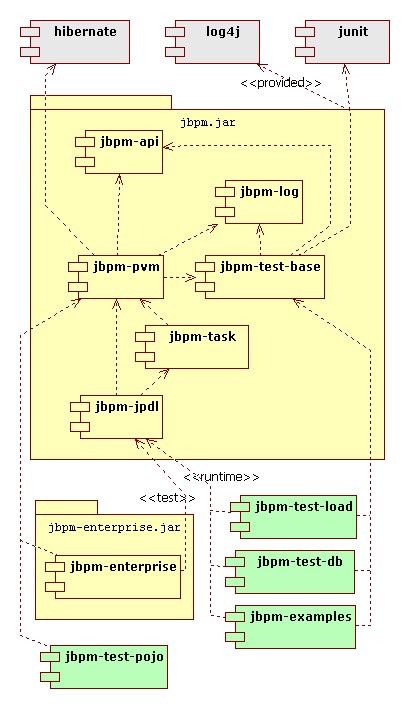 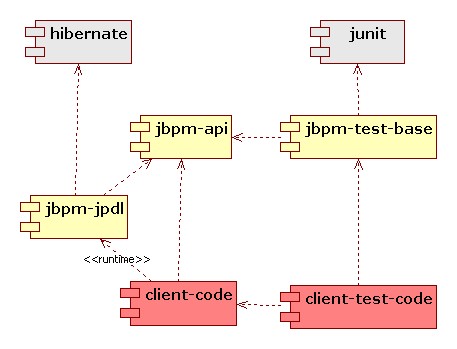