All errors encountered during the course of a message exchange are considered to be faults by SwitchYard.  There are two options available for  creating and delivering faults that result from errors : implicit fault handling and explicit fault handling.

As the name suggests, this option allows a handler to be very explicit  about how the fault is created.  The handler logic is responsible for  creating the fault message, populating with relevant information, and  returning the fault back to the service consumer.  Here's an example of  what this might look like:

A  simpler way to return a fault is to simply throw a HandlerException  from the exchange handler implementation.  The runtime will  automatically halt the current event and create a fault message using  the thrown exception as input.

Either option works for generating faults, but each approach has its sweet spots.  The explicit mechanism is best when you need complete control over how the fault message is generated and sent.  Examples of this include construcing a custom fault content model (not a String) or setting specific context properties for the fault.  The implicit mechanism is best when you don't want to worry about details of fault processing - just throw the exception and you're done.

Let's walk through a message exchange to see how errors are handled. 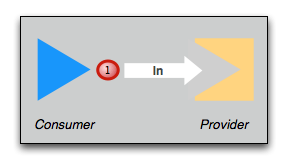 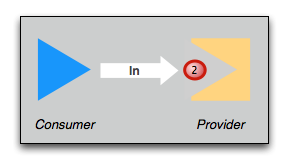 2) The bus triggers the handler chain for the service provider with an exchange.  A handler in the chain fails while processing the  event.  At this point, the handler has two options:

Regardless of the option chosen, no further provider handlers are triggered.  The exchange is passed back to the consumer's handler chain for  processing. 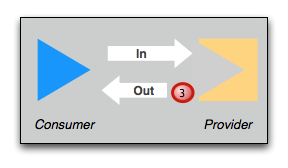 3) The provider invokes send() on an exchange with a response (out) message which triggers the system handlers for the exchange.  If an error occurs in any exchange handlers, a HandlerException should be thrown.  A fault is created from the details of the HandlerException and returned to the consumer. 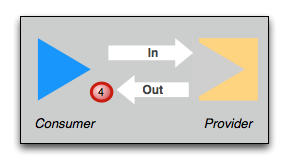 4) At this point the exchange has essentially completed from a message  exchange standpoint and there is no appropriate handler for fault  events.  Errors generated by the consumer handlers are handed off to the  Fault Sink.