When using a PathSegmentImpl in Errai, the URL that is called appears to incorrectly encode the ; and = characters that make up the PathSegment. Below is an attempt to call a REST endpoint with the following PathSegment:

As you can see, the semicolons and equals characters have been encoded, which is not recognised by the RESTEasy server. 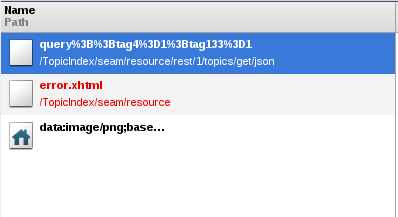