Here is the reference graph in memory analyzer: 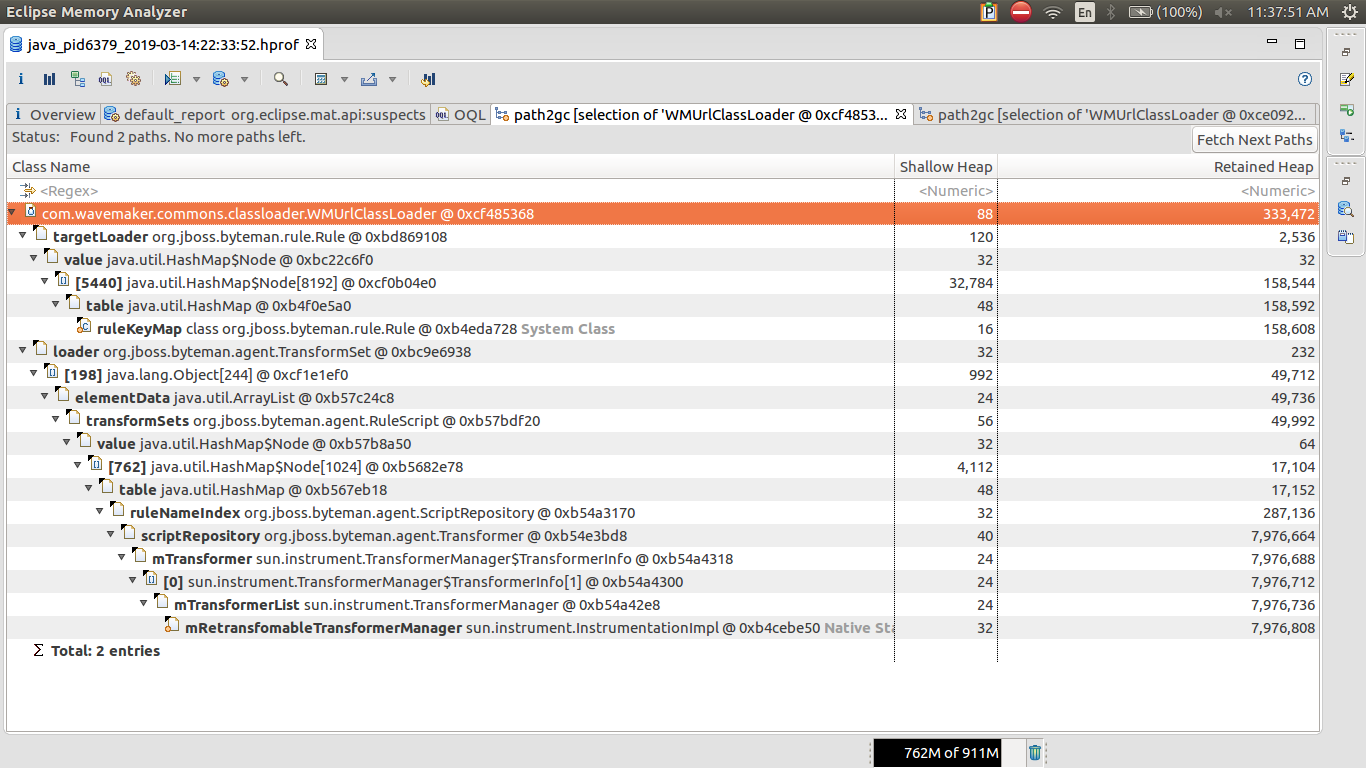 I wanted to check if this is a limitation of the current design/implementation, or if this is a side effect of incorrect/unsupported usage of Byteman?

If this is a limitation, any suggestions/ideas on how to tackle this?

I have the same question (0)
This content has been marked as final.  Show 1 reply