I attended another SAP Sapphire and (as usual) was blown away by the size and content-richness of the event. There is always a nice mix of business and tech users which creates a great opportunity expanding your comfort zone. I met many more open-source proponents than I have at prevent conferences, which tells me that SAP's efforts to embrace OSS developers is working only further enhancing our relationship.

I gave a presentation each day around Red Hat JBoss Middlware solutions for SAP that was well-represented by techies as well as high-level management. I also met many prospective SI partners interested in working with us to meet customer needs as they usually ran into more issues than they could conquer when implementing SAP systems. 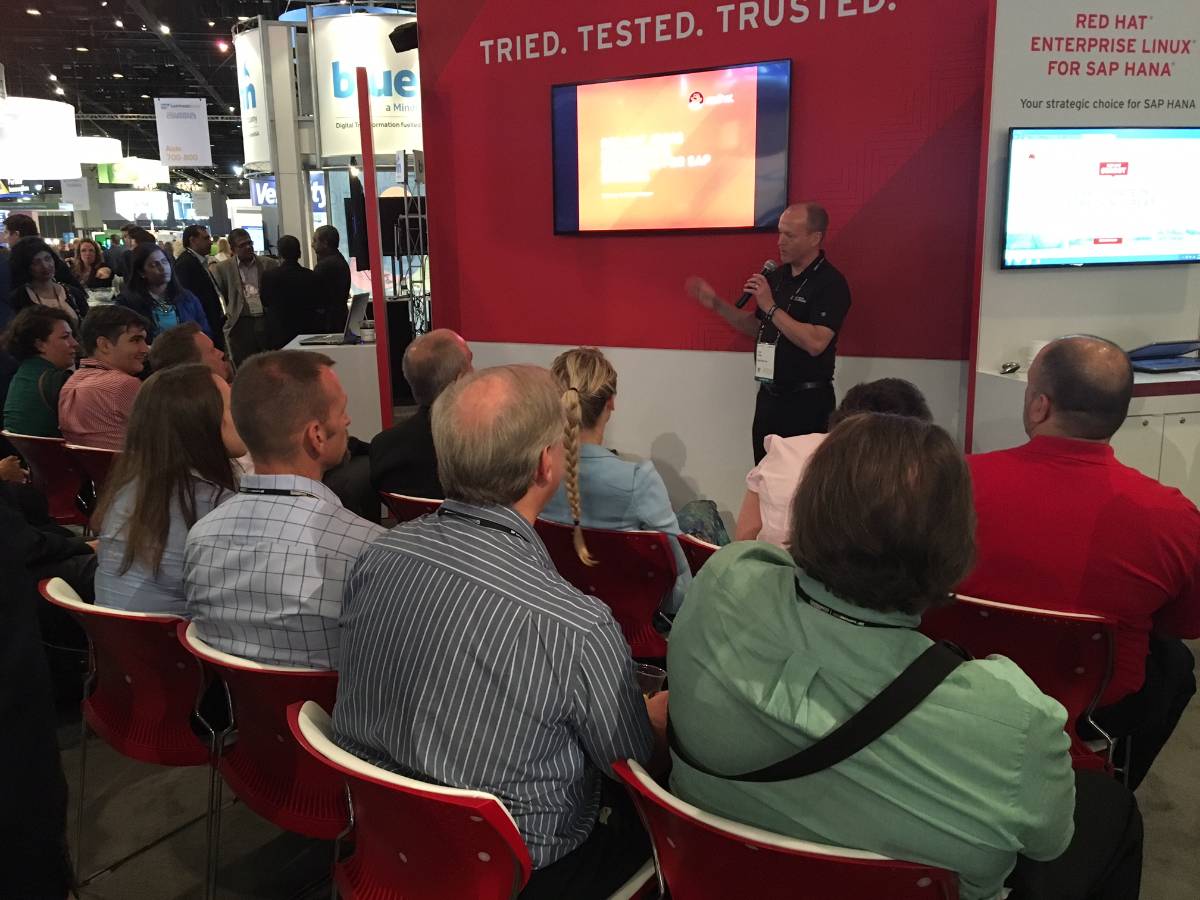 I gave a talk and demo with Sid Sipes from SAP around a joint effort we are leading regarding an IoT scenario using technologies from both Red Hat and SAP. The use case is a retail store where customer movements are tracked and Red Hat JBoss Middleware Fuse components (AMQ and BRMS) process the beacon data and make decisions based on each customer's actions. The data is sent to HANA from SQLAnywhere using RDSync and then federated by Red Hat JBoss Data Virtualization along with related data from a Postgres database to be served up to a native android app via OData URLs. I will write a separate blog to document the demo in detail (so stay tuned), but in the meantime have a look at the following architecture diagram that shows the flow of data. 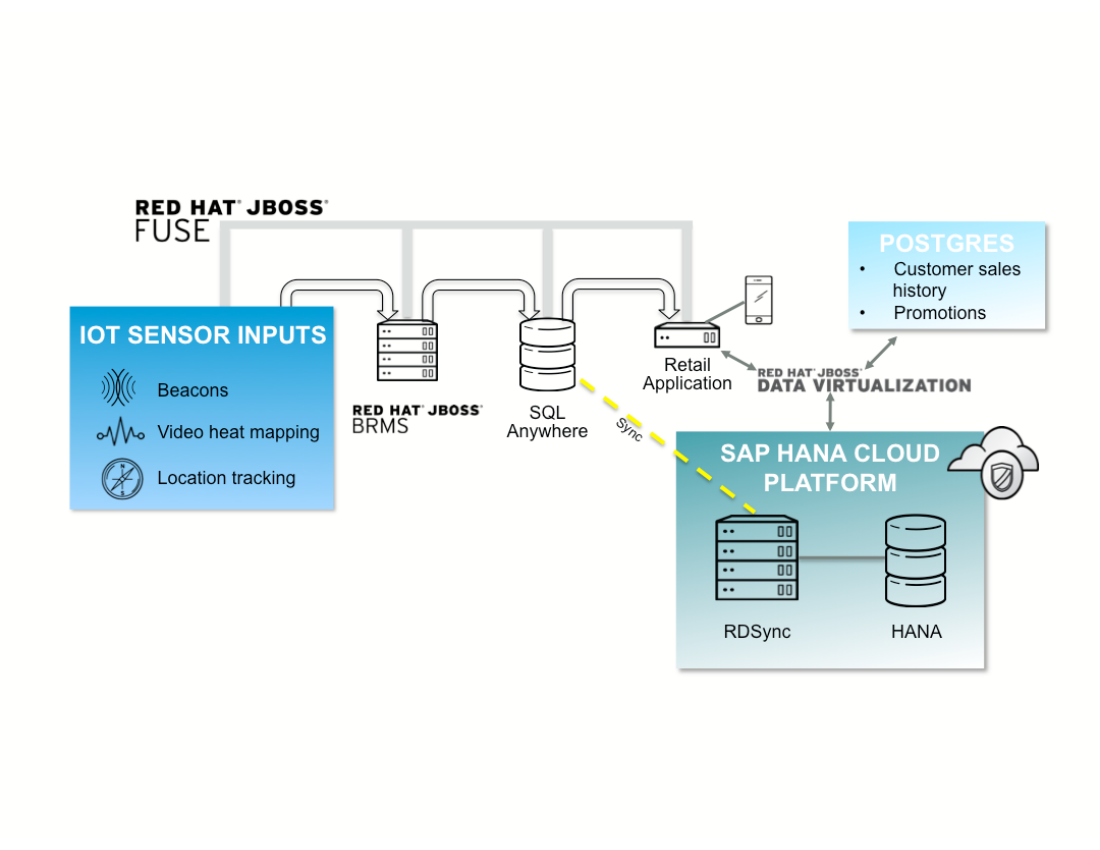 I am looking forward to adding some more features to this demo as the world of IoT has really opened up a huge world of possibilities. The demo will be further enhanced at Red Hat Summit, so be sure to check out our session or visit the SAP or Red Hat booth if you will be in attendance. I hope to see you there.