Skip navigation
All Places > JBoss Cache > Articles
Currently Being Moderated
This project is read only now.

Design of replacing both pessimistic and optimistic locking in JBoss Cache with a Java memory based implementation of MVCC.

This is about changing the current locking strategies with JBoss Cache.  We currently support optimistic and pessimistic locking, but both these schemes have certain problems:

Multi-Version Concurrency Control is a generic term for versioning data to allow for non-blocking reads. RDMBSs often implement some

We're considering only supporting READ_COMMITTED, REPEATABLE_READ and SERIALIZABLE.  We feel that lower isolation levels are pretty much academic and don't really have much real world use.  We're also considering using READ_COMMITTED as a default - this is what most database implementation use to achieve high concurrency. 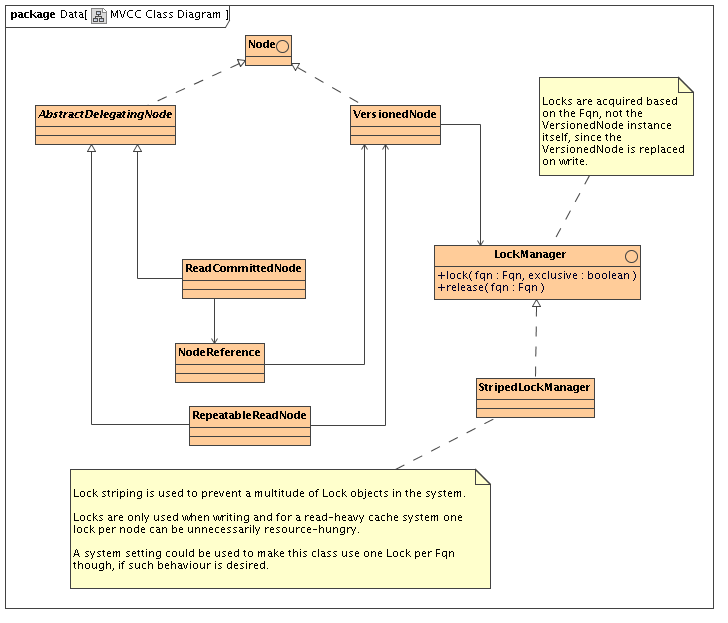 Repeatable read is achieved since: 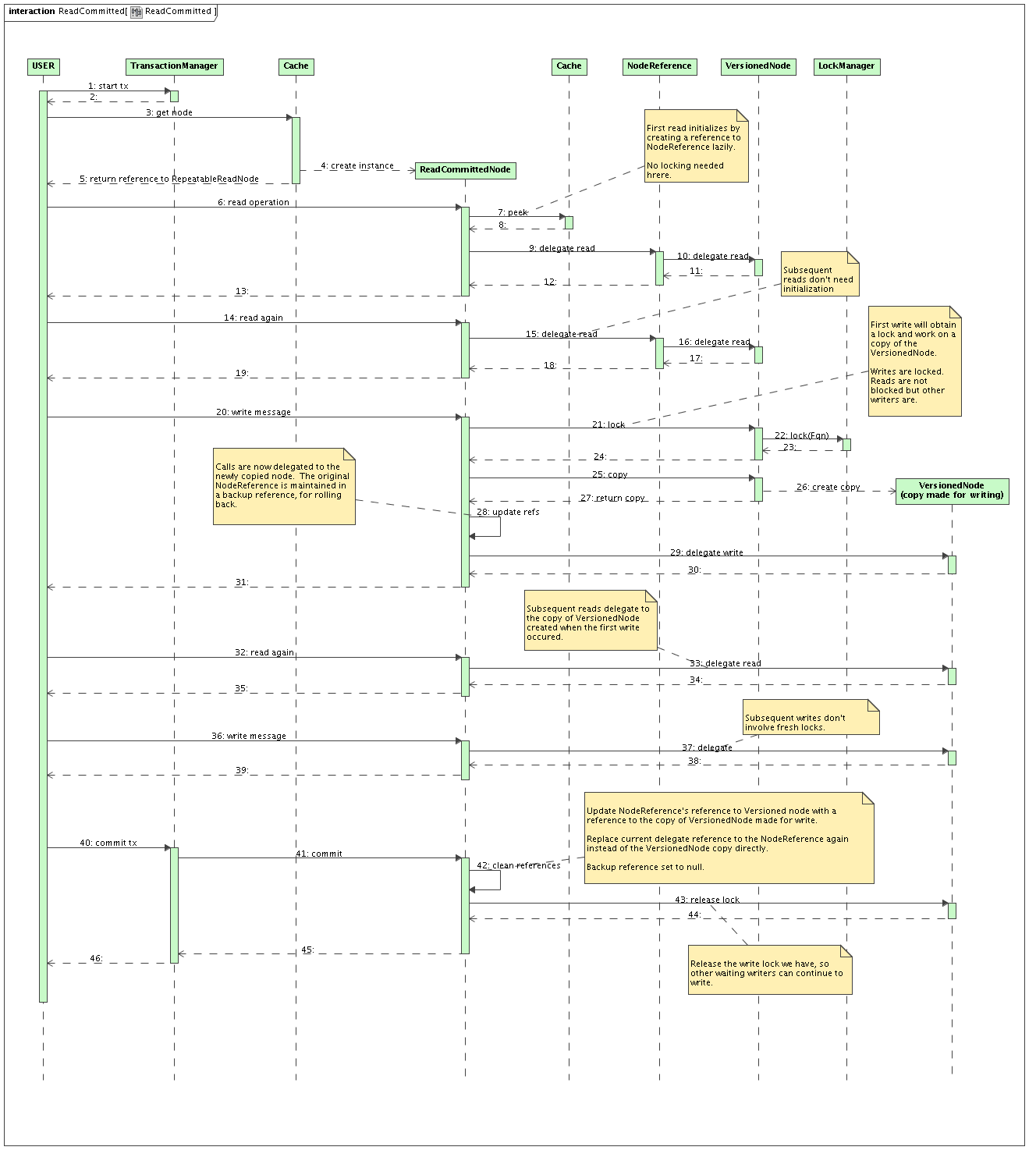 Exactly the same as REPEATABLE_READ, except that:

MVCC will be implemented using 3 interceptors: an MVCCLockingInterceptor, an MVCCNodeInterceptor, and an MVCCTransactionInterceptor, which would be responsible for acquiring the locks needed (in the case of a write), creating of a wrapper node for the invocation, and the switching of references at the end of a transaction respectively.

When a node is deleted, a tombstone will need to be maintained to ensure version numbers are maintained for a while.

The plan is for this to be in JBoss Cache 3.0.0.  JBoss Cache 2.0.0 is close to release now, and the next major release will be JBoss Cache 2.1.0, which will make use of JBoss AOP and JBoss Microcontainer.  The original plan was to create JBoss Cache 2.2.0 with partitioning, but MVCC (and regions as a top level construct) may be higher priority features that may warrant 3.0.0 to be elevated in importance and partitioning to be pushed to 3.1.0.