I'm having the following error when deploying an application with JBoss Tools:

And here is a screenshot from the error: 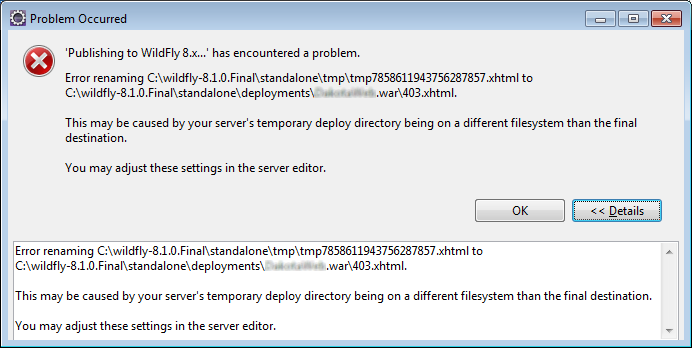 On the docs available in this link, I've found this:

You can customize the deployment location and packaging type:

What's the meaning of The temporary folder must be on the same file system as the final deploy location?
How can I solve this error?

I realized that the error doesn't occur when the check box Deploy projects as compressed archives is checked.

I also asked the same question at StackOverflow.