Sorry for the silly question, but I was unsure as to what could be the correct way of doing this, (if there is actually a correct one!)

I have an ear project deployed in wildfly 10, within the code I use jackson, which by default is not exposed in the server runtime classpath, so to allow the project to compile I have added the entries I need to 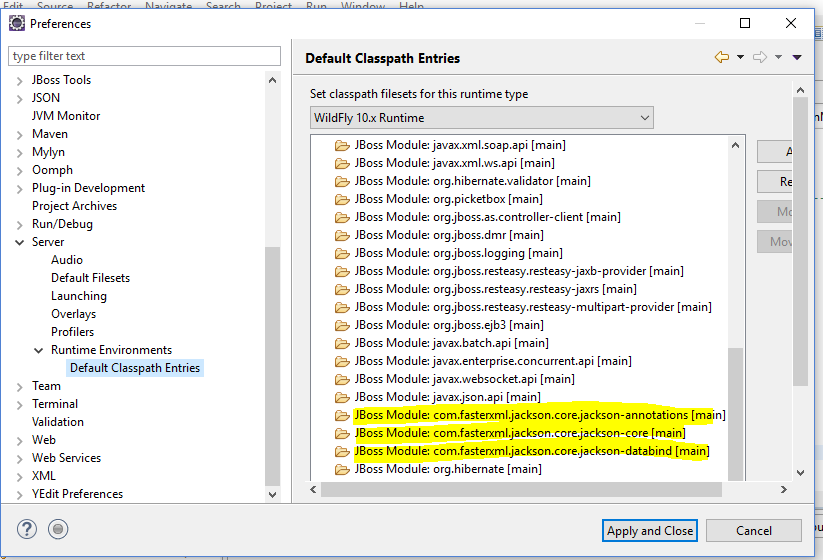 At which point some colleagues pointed out that this is not the correct approach and I should not alter the "default" runtime configuration, I should instread add simple classpath entries that point to the jar in the wildfly modules.

Can anyone shed some light on this please