Skip navigation
All Places > JBoss AS 7 > Discussions
This project is read only now. Read more.
2 Replies Latest reply on Jun 19, 2019 3:25 AM by marinalondei

I have a web project that I'm running on jboss server, but whenever I modify something and do

and restart the server, or even just shut it down and then start it again, it seems not to see the changes and keeps loading the first version of the project. For example if I modify an html file and change the text and then run the install, then if I restart the server it doesn't load the changes.

I've checked my configurations against the correct ones I've found in some answers but they were ok. These are my server configs: 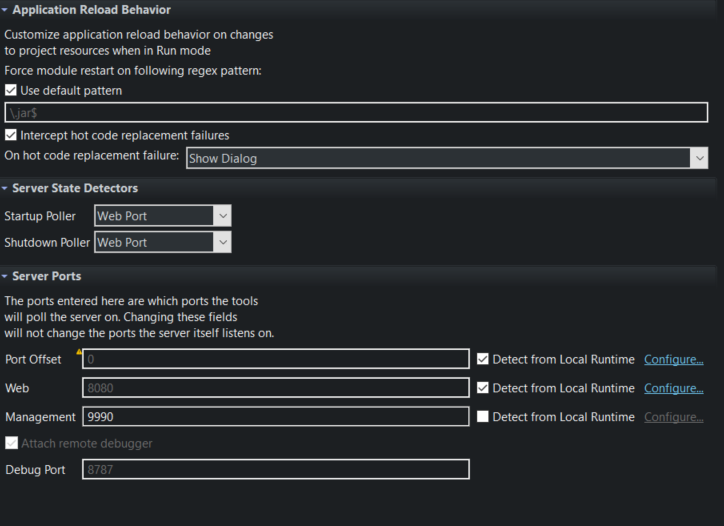 Also, I've read that starting the server in debug mode would just require a clean install of the project to republish the changes, but that doesn't work either. Are there more settings to change?