Seam 3.0.0.CR1 is released. The announcement for the new release is  here.
In this blog I will try to show you how to easily import and use seam modules (examples, for instance) in Eclipse.

The installation of JBoss Tools 3.2.0 is described  here.

EGit/JGit will be installed automatically.
You can also install the JSch 1.44 feature that fixes  bug 326526

Seam 3 examples are placed on https://github.com/seam/examples.

If you want to contribute to Seam 3, you need to create a GitHub account and fork a module. For more details see:

If you only want to review the examples, simply skip this step and use a read-only URL  https://github.com/seam/examples or  git://github.com/snjeza/examples.git that fixes some issues described below, at the end of the blog.

Start Eclipse and call File>Import>Maven>Maven Projects from Git.
What you will get is the following: 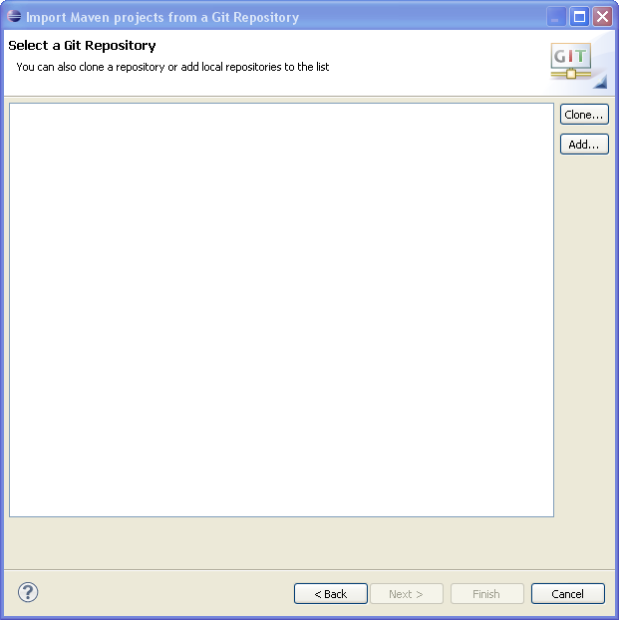 This wizard enables you to clone and/or add a Git Repository and import Maven projects from that repository.
If you fork a project, you have to install the JSch 1.44 feature and use your Git/ssh or your https URL.

Otherwise you can use:  https://github.com/seam/examples. 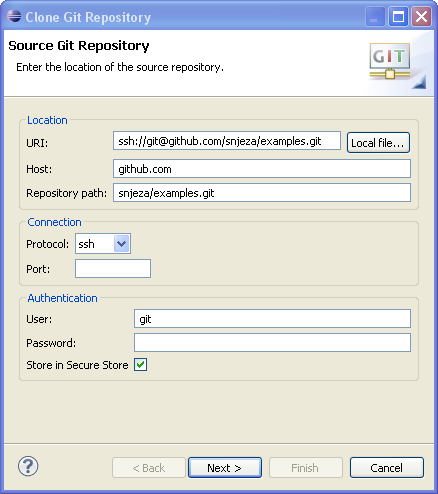 On this page enter your URL, select the "ssh" (if you fork a project) or the "https" protocol  and click Next.

For more details on using EGit and GitHub refer to  GitHub Tutorial. 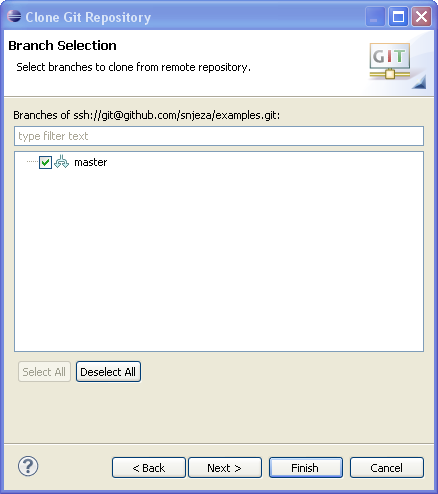 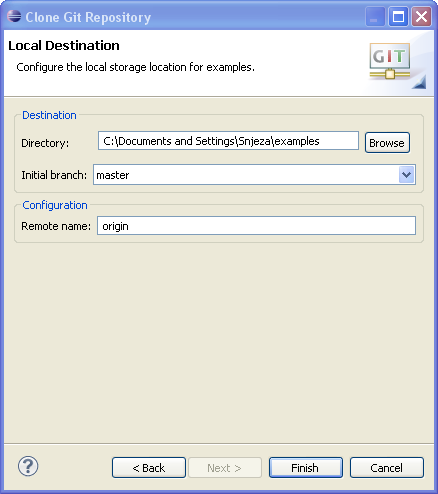 Click Finish and wait for EGit to clone the repository. You will get the following: 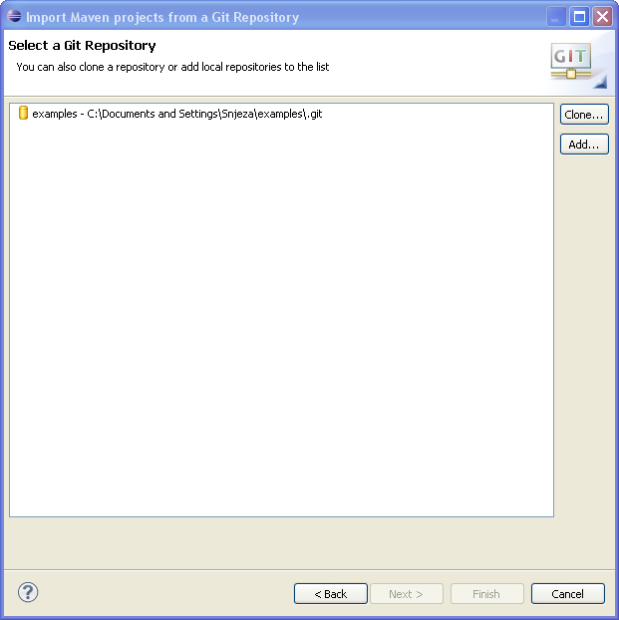 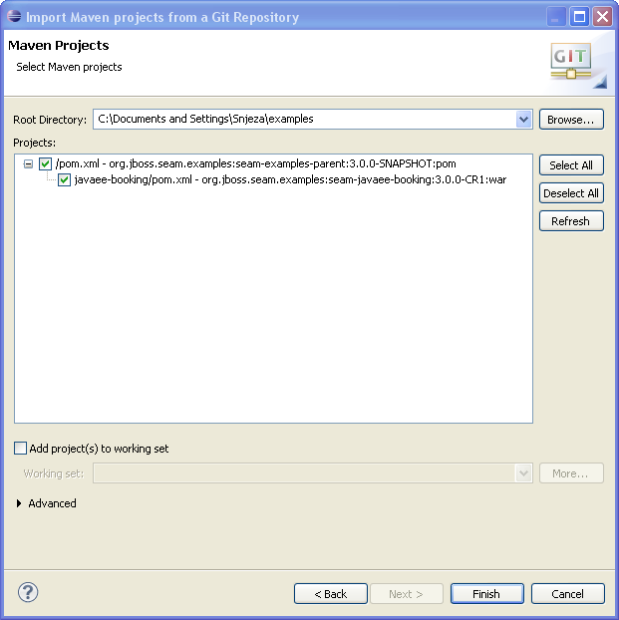 Select those Maven projects you want to be imported and click Finish.

You will get a completely configured Eclipse Maven Project. The Seam 3 booking example will have the Web Module Facet, JBoss CDI facet, JSF 2.0 Facet, JBoss Maven Integration facet and all the features that are offered by JBoss Tools, WTP, m2eclipse, etc., will be available to you.

You will be able to deploy the project to JBoss AS 6.0.0.

The projects are also connected to EGit so that you can use all the EGit features.

I have created the jbosstools branch on git://github.com/snjeza/examples.git that fixes these issues. Here is a patch.