I am hoping someone can shed some light on the following issue.  I am using a third party software package from KnoahSoft company.

As part of their deployment, they use JBOSS and their current approved build is JBOSS-4.2.3-GA

Even if I delete the .exe and restart JBOSS the file eventually shows up again and starts using all the CPU resources.

If I edit the index.jsp file I notice a reference to JSP RAT and that appears to confirm others findings that it's probably malicious. 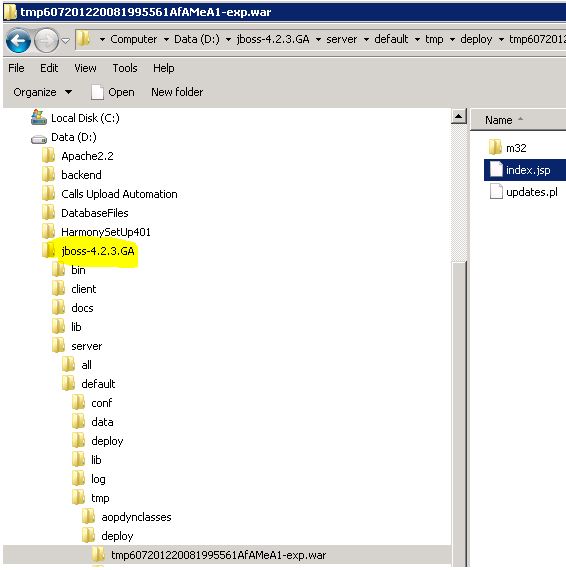