As I mentioned in the previous blog post (http://community.jboss.org/en/tools/blog/2011/06/23/m2eclipse-wtp-0130-new-noteworthy), m2e-wtp had to be pulled out of the m2e marketplace, as it forced its installation for all non-WTP systems.

In order to fix this issue, the code responsible for generating the MANIFEST.MF for all projects had to be integrated into the mavenarchiver feature.

That means m2e-wtp 0.13.1 now requires the installation of mavenarchiver from the m2e-extras update site. It will be discovered automatically from the new m2e-wtp update site, hosted by Red Hat, so it will be completely transparent for new users.

1) Import existing Java EE projects into the workspace; You'll be proposed to install the m2e-wtp plugin : 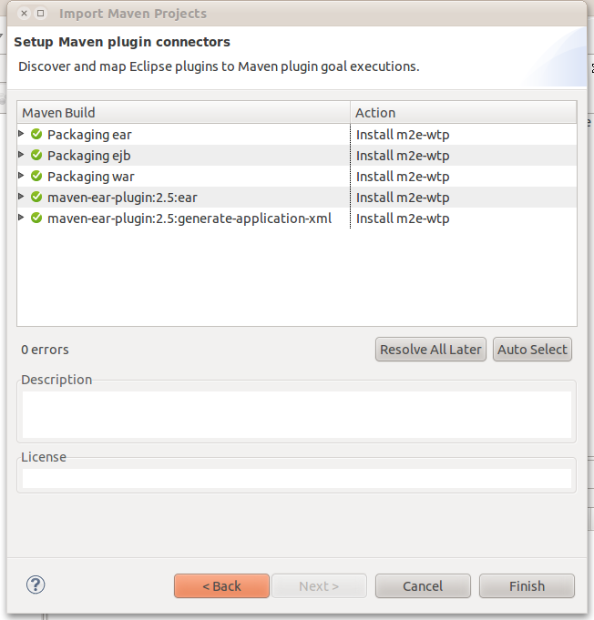 click on Finish and the installation will proceed. Your projects will be imported but the workspace will have to be restarted.

2) Go to Window > Preferences > Maven > Discovery and click on "Open catalog". Select m2e-wtp and proceed with the installation. 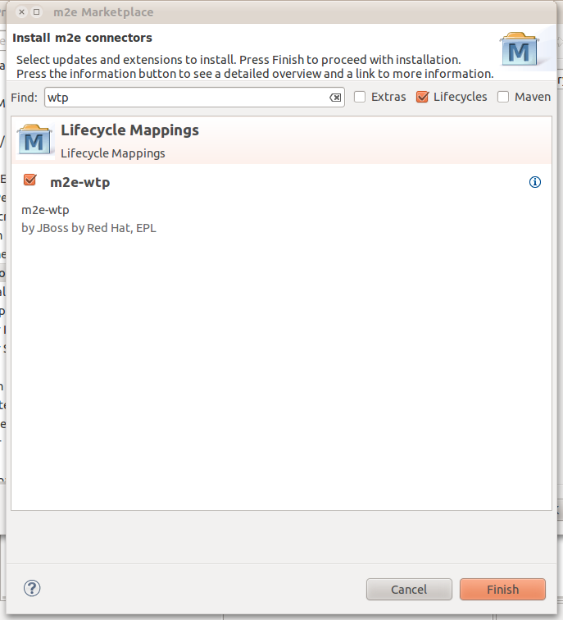 While reviewing the installation details, you can see that mavenarchiver 0.14.0 will be found and installed automatically (provided there is not a more recent version already installed) 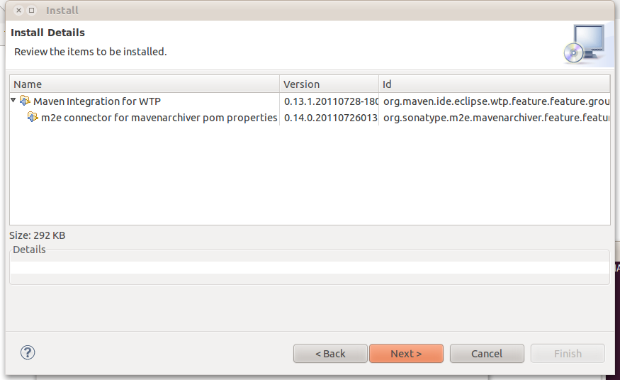 Other that the changes necessary to reinstate m2e-wtp to the m2e marketplace, There is only one other bugfix in 0.13.1, which fixes deployment of war archives overlays in Windows (https://issues.sonatype.org/secure/ReleaseNote.jspa?projectId=10310&version=11271).

UPDATE (03/08/2011) : m2e-wtp is now also available from the Eclipse Marketplace. However, it seems some people are unable to install it directly. Please note that m2e-wtp requires m2e 1.0. So, if it's not installed already, Eclipse must be able to find it in the available update sites.