With bits of JBoss Tools in it

On behalf of the m2e-wtp team, I'm pleased to announce the immediate availability of m2e-wtp 0.17.0, right on time to accompany the Juno SR2 release. 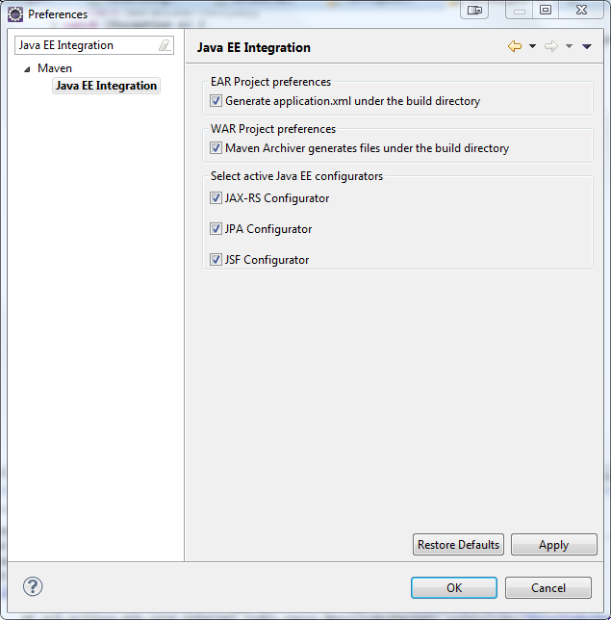 Read the New and Noteworthy and changelog to learn more about the new features and fixes this version brings to you.

m2e-wtp requires at least m2e 1.1 but 1.3 is *strongly* recommended, in order to take advantage of the eclipse-to-maven project conversion improvements, as well as some fixes in classpath resolution for launch configurations.

Since WTP's Dali project changed its API between Juno and Kepler,  so m2e-wtp is now available from 2 different update sites :

You can also install m2e-wtp from the  Eclipse Marketplace.

Please note that, m2e-wtp and JBoss Tools JPA, JSF JAX-RS Configurators overlap and can not be installed together.

As always, the safest path to upgrade is to start from a clean Eclipse installation.

In the next version, we'll make sure Java EE 7 is given some proper love (i.e. make sure all the new upcoming Facet will be properly configured automatically).

And if everything goes according to plan, starting from Kepler Milestone 6, m2e-wtp.next should be included in the Eclipse Java EE distribution.