One of the great advantages of working with open source software is the freedom of choice that it provides you. You aren't locked in by vendors or arcane licenses, you can choose the combinations of components that you want to work with. In doing so, however, you will likely have to invest time and effort in integrating these components to work together. Accomplishing these integration tasks can be difficult.

In the past, managing all these integrations required you to use multiple tools and actions. You could, however, do all these tasks without shutting down or leaving JBoss Developer Studio. That’s an important point to keep in mind as one of the goals of an IDE is to provide you with an environment in which you can perform development without having to exit the IDE to perform other common tasks such as staying up-to-date with new developments affecting the software with which you are working.

What was missing was a single utility to help you to access and stay up-to-date with JBoss technologies, news, examples and manage the specific plugins that you choose to install and use with JBoss Developer Studio.

(Note: This post is written from a Developer Studio perspective. JBoss Central, however, is also included in JBoss Tools.)

How is JBoss Central different from a welcome screen? In three important ways:

Let’s take a quick tour of JBoss Central. JBoss Central is divided into two tabs: Getting Started and Software/Update

and includes these options:

Now, let’s take a more detailed look at one way JBoss Central is more than a welcome screen. We’ll start by installing one of the quickstarts. We’ll use the simplest quickstart, helloworld:

And, here’s where JBoss Central becomes an active helper, and not a passive bystander. Instead of failing to install the quickstart because of the lack of an installed server runtime, JBoss Central determines which runtime is missing, and will download and install it for us. Note that these quickstarts illustrate features suported by JBoss’ new AS7 server (http://www.jboss.org/as7).

So, let’s be lazy and let JBoss Central downlaod and install the server for us:

Now, it’s a simple matter to deploy and run the quickstart:

We’ll do it through Maven: 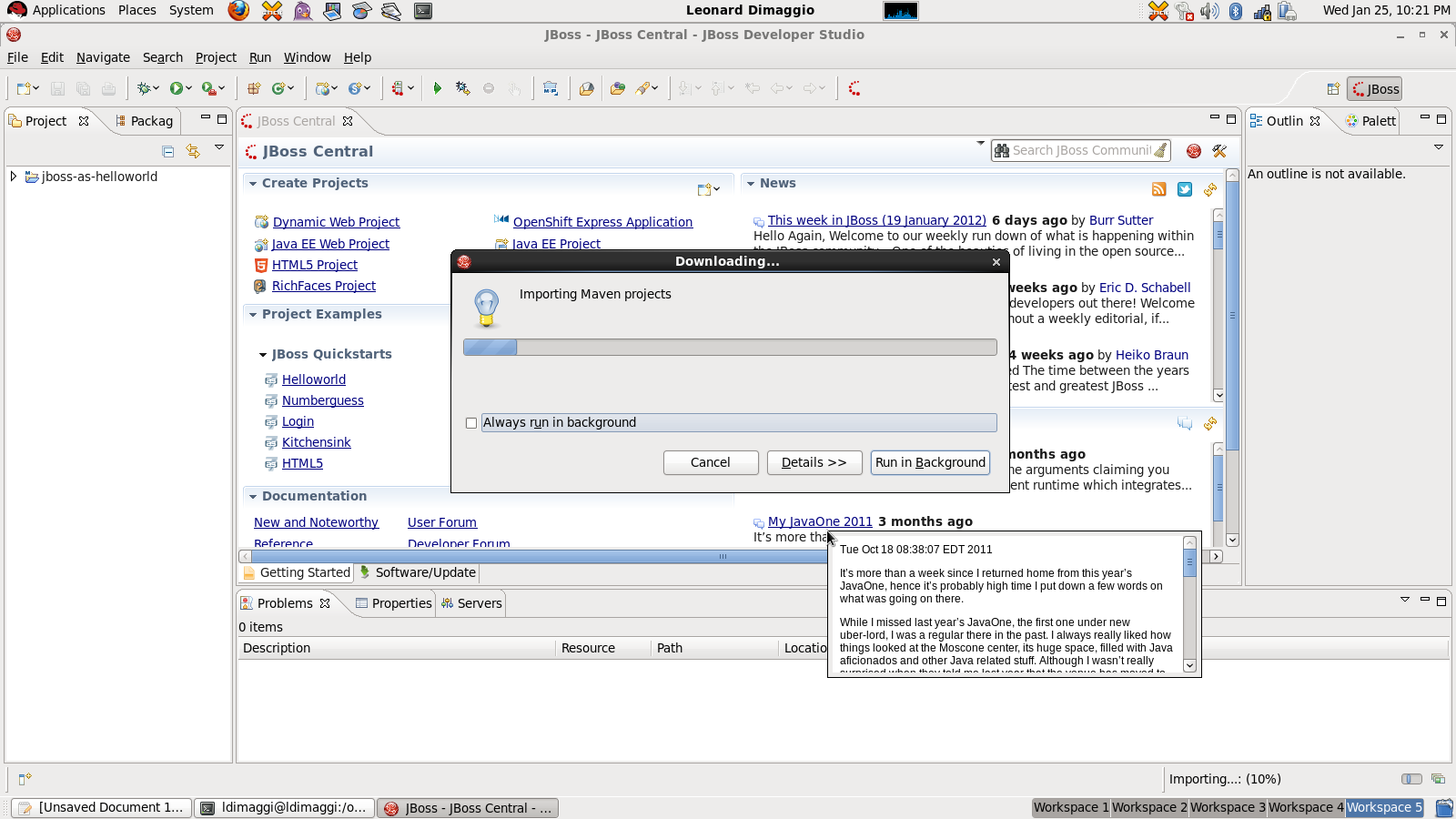 Once the quickstart is installed, we start the server, deploy the quickstart, and, in the tradition of all helloworld applications, here’s the minimalist output: 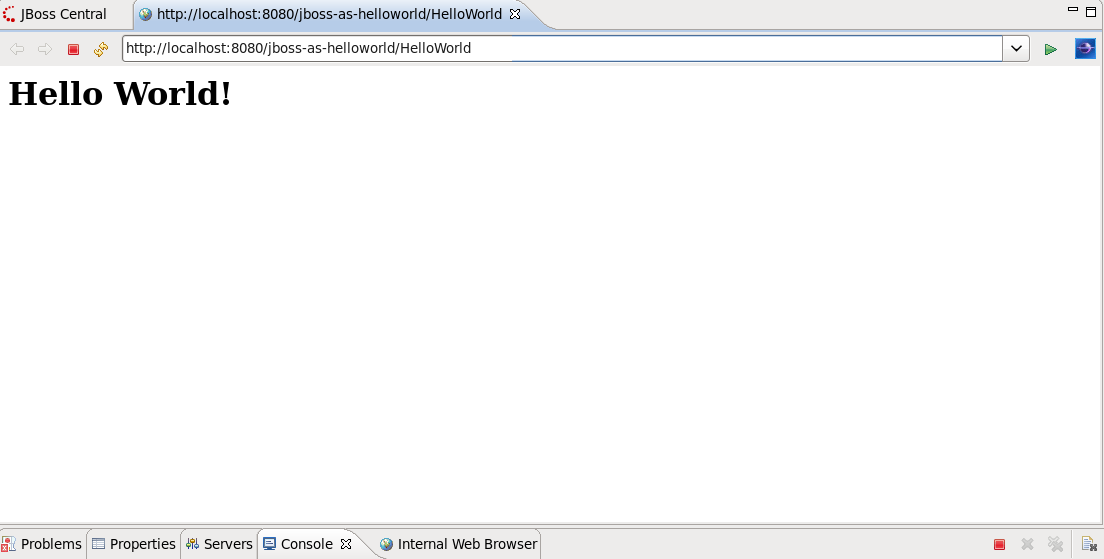