We've been talking about PaaS for several years now. Whether it's outlining our intentions around Enterprise PaaS and then delivering with the first EE6 Platform as a Service, discussing how EAP, EE6 and Java are critical for mobile and cloud, or many presentations and announcements at Red Hat Summits (exercise left to the reader to check these out), I think it's safe to say that we've been leading the push for Cloud, PaaS and relationships with Java. Last week we announced another key presentation update on our PaaS strategy that would happen at JavaOne and I'm pleased to say that's now happened and I can talk publicly about the work that our teams have been doing over the last few months.

We're terming this xPaaS because it is meant to encompass much more than what PaaS has typically come to be associated with (ePaaS, or Enterprise PaaS, is a component of xPaaS). In many ways we've been talking about xPaaS for a couple of years and particularly how technologies and methodologies such as SOA or integration must play within the Cloud and between users of the Cloud. But with the advent of mobile, obvious problems to come such as that indicated by Shannon's Limit, and other changes in the way our industry, xPaaS has come to encompass much more. 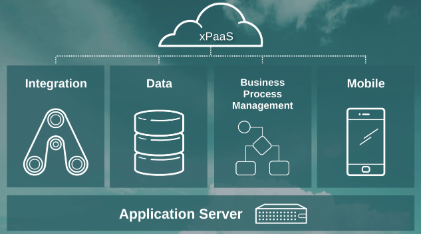 Some of our recent acquisitions, such as Fuse (Fabric, Camel), Polymita and efforts like AeroGear, WildFly, embedded device work (e.g., Raspberry Pi) etc. have all contributed to xPaaS in one way or another. We demo-ed some of this during this year's Summit JBoss keynote, and with iPaaS (Integration PaaS) James has been previewing it for many months. The xPaaS announcement brings all of this together and pretty soon developers will be able to use these technologies themselves and provide us with feedback as well as help to evolve it. 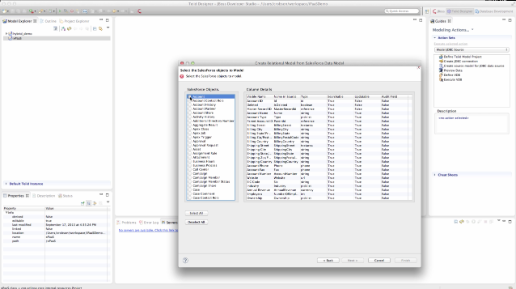 Some important highlights for the iPaaS component of xPaaS include: code-less UI - drag/drop/configure deploy - anywhere - public/private cloud, bare metal etc., cloud and SaaS connectors (via Apache Camel), auto-scaling to meet demand - all managed from a central platform, and of course it works on OpenShift.

As I mentioned already, mobile is an important part of Cloud today. So another part of xPaaS is our Push Server which runs on OpenShift and has AeroGear at its heart. But some important things to note about this release is that we have integration with iOS (APNS), Android (GCM), and FFOS/Web (Mozilla SimplePush), with associated client SDKs. There are also sender SDKs for Java, with Node.js, and PHP in development.

And of course just as outside of the Cloud, once you start to create your applications from components and services, BPM (in the form of jBPM, for instance) and related technologies such as BAM, become a necessity. So of course BPM-as-a-Service is an integral part of xPaaS.

Of course I can only give you a taster of what we've just announced. You'll hear more from us over the next weeks and months as we roll out these xPaaS components so you can try them out. Our end goal is supported products and we'll be making other announcements later. For now check out the xPaaS announcement and watch this space. This is when PaaS really enters the enterprise domain!

And a big congratulations to everyone in the teams within Red Hat who have been involved in this announcement and the technologies it showcases! It's a great effort!