This example shows how to use a 'Rule Task' component within a jBPM6 process using the example shown in JBPM5 - RuleTask Example Using a Rule File and it is illustrated using drools/jbpm Eclipse plugin (Drools 6 - Eclipse Plugin Installation and Hello World Example).

'LoopConditionRules' is a 'Rule Task' component and it needs to have a valid RuleFlowGroup name (e.g.,  EvalLoopcondistion as shown below). 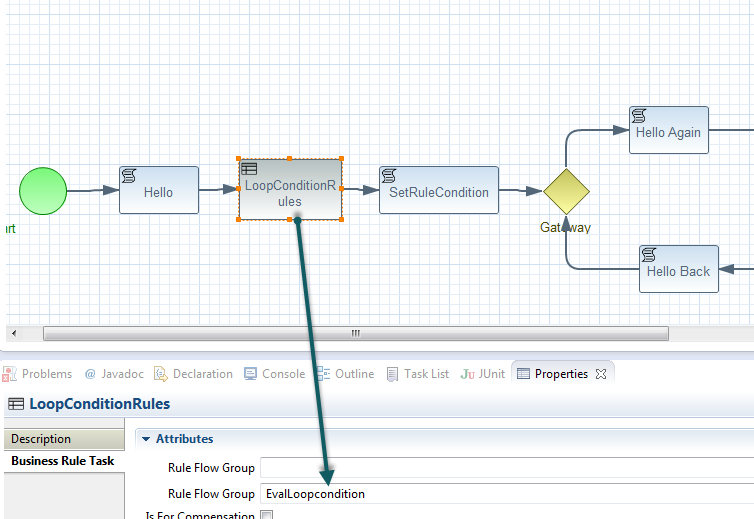 The RuleFlowGroup set in the previous step has to match with the 'ruleflow-group' name in the 'drl' rules file as shown below. 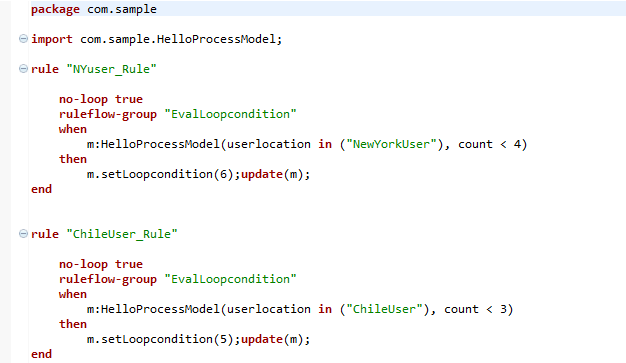 Here is the sample test code to start the process after setting the initial parameters. 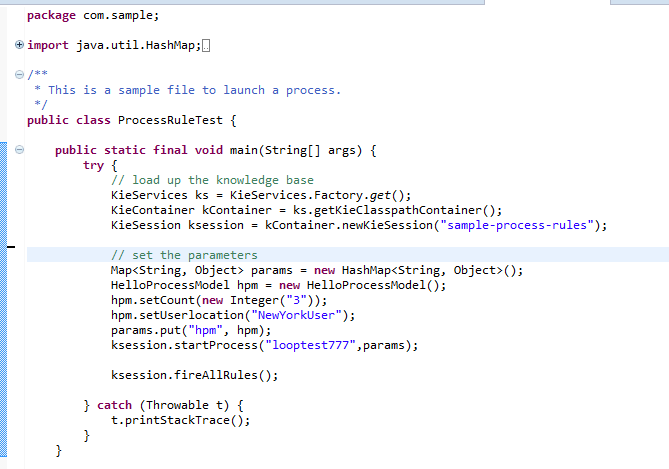 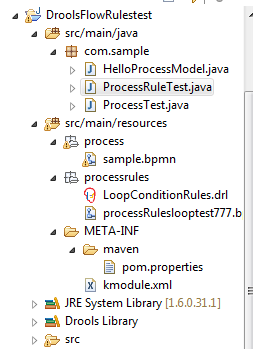