As Spring gets closer, the JBoss community is certainly not getting its head of code. Indeed, on top of a large batch of releases in the last ten days, the community also produced a dozen of interesting articles, ranging from the nice little trick or hack, one is always happy to learn about, to for more high level discussion on microservices or data management. And of course, all the shades of grey in between. So buckle up, and please enjoy this somewhat belated new edition of our editorial ! 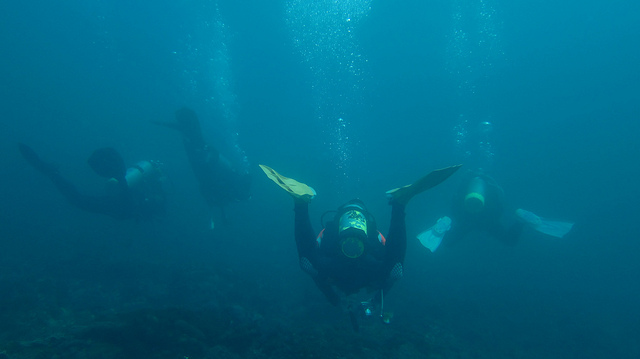 Most JBoss Developers loves to dig in into deep, technical articles, to learn and understand as much as possible of inner working of the project they are involved with. Lucky for them, last week has seen released one of such "in-depth" articles. The first one to caught my eye is certainly this one on External materialized views demystified in Red Hat JBoss Data Virtualization and Red Hat JBoss Data Grid. Indeed, Teiid (JBoss Data Virtualization) is very powerful tool and seeing it leveraged along with Infinispan (JBoss Data Grid) is certainly quite fascinating - and ground breaking. Still

Let's first start by a couple of nifty tricks that may make your day easier, like learning how to debug WildFly Arquillian test, or How To Access JBoss BPM Internal Git Repo in a Container ? (And if you have no idea about thelater, why not Get Started with JBoss BPM Today ?)

Then let's move to critical topics of nowdays IT - securtiy. First let's take a look at this article called "Why mechanisms twice?" expliciting some intricate configuration regarding authentification in Elytron. Then, let's also see how to some

Last, let's dwelde into some source code with Infinispan and look at JDBC Migrator (How I Learned to Stop Worrying About Buckets and Utilise the JdbcStringBasedStore!). If it's not enough for you maybe this last article on http://www.schabell.org/2017/03/how-to-access-jbossbpm-internal-git-repo-in-container.htmlData-driven Apps made easy with Vert.x 3.4.0 will finally quench your thirst.

First of all, let's talk about books. Indeed, Eric D. Schabell made a short introduction on his upcoming book Effective Business Process Management with JBoss BPM, but also, Emmanuel Bernard took the time write a very interesting entry on his blog on

Microservices, data and patterns to introduce the book of our coworker Edson Yanaga published by O'Reilly (but given away for free by Red Hat).

In case you missed it, Corinne Kynch took the time to wrap up a nice recap' of her attendance at the DevNexus 2017 in Atlanta : Sharing the fun of DevNexus 2017. And if this makes you want to attend a conference, don't forget to join us at Red Hat Summit !

Last, but definitely not the least, last week saw the release of the usual - but pretty neat, Hibernate Community Newsletter 5/2017. If you want to know everything about the latest installment and progress of the Hibernate community, this newsletter is for you !

After all this Java code pouring down your computer screen, maybe you want a little flavor of something else ? Maybe something very trendy, like NodeJS, to give free range to your inner "developer/hipster" ? Wait! What about doubling down, and adding an extra slide of Docker with it ? Here you go, enjoy Node, S2I and Docker !

And you know what, as long as we are mentioning Docker, maybe you should also take a look at this artcile, certainly aiming also at the Java commuity :Java inside docker: What you must know to not FAIL.

Hopefully you have found something in this week's editorial to pique your interest and give you something to explore while waiting for next week's installment. Join us here next week for more news from the JBoss Community.

Welcome to this week's editorial!

This week we've seen a strong theme around the continual convergence of containers, microservice architectures, middleware and cloud. Christian Posta provides an interesting write-up of how how he's seeing the microservices space evolving and maturing. Whilst Eric Schabell explains how you can create your own containers based cloud on Windows using the Openshift Container Platform (OCP). Once you have your container platform, you are going to want to run some microservices in it. Ladislav Thon has you covered with a post on how to run Java EE 7 Samples with WildFly Swarm. Node.js more your thing? Lucas Holmquist can help you out with his explanation of how to Dockerize Node.js Apps. Finally, if you are using an Infinispan cluster running with Kubernetes/OpenShift, you will probably want to monitor it. Find out how!

We've also seen some activity around the Hibernate project this week with Marko Bekhta explaining how to add custom constraint definitions via the Java service loader with Hibernate Validator.

We are (always) Hiring!

Red Hat is always hiring. But in particular, if you want to work on cool open source projects like Apache Camel and fabric8 you should check out this recent opening.