Continuing from last week, thank you, Mark, we have a number of jBPM related posts this week. There are also some related Hibernate posts. Shall we start with releases?

Both of these are bug fix releases.

Nicola Ferraro posted a very well thought out and in-depth article about the Saga pattern in Apache Camel (version 2.21.0 or higher). Not familiar with the Saga pattern, not sure when, or how you would use it, this blog is for you. Head on over to his blog to learn more.

Eric Schabell has been on the West Coast of the USA for a few weeks. While there, he was invited to speak at the Portland Java User Group (PJUG). If you weren’t one of the lucky 29 people in attendance, that isn’t a problem. You can hit the recap and see his slides over on his blog.

Vlad Mihalcea released the weekly Hibernate Community Newsletter a few days ago. It highlights a number of articles, releases, and Q&A for the Hibernate suite of projects. Certainly worth a glance to get back up to speed with the latest happenings within that community!

As stated earlier, jBPM had a number of blog posts this past week. Two of them (http://mswiderski.blogspot.com/2018/04/jbpm-work-items-repository-tips-tricks.html and http://mswiderski.blogspot.com/2018/04/jbpm-work-items-are-really-simple.html) relate to Work items. Work items are the way to build custom services which can be used within a process. Maciej teaches more in the mentioned blog posts. He also wrote about KIE Server custom queries in jBPM 7.8. Lastly, there’s a recap of bpmNEXT 2018 Day 3 over on Kris Verlaenen’s blog.

We hope you have enjoyed this week’s JBoss Weekly editorial! We also look forward to seeing you at Red Hat Summit 2018 in San Francisco!

There has been a lot of BPM related activity this relatively quiet week.

jBPM Lead Kris Verlaenen has written an article about his attendance of bpmNEXT 2018. In fact it was such a good day 1 that he had to span it across two articles! Kris also followed up with a couple of entries on day 2 activities. Meanwhile Edson Tirelli has written a complimentary piece that points out videos to the various sessions so everyone can enjoy.

Also this week Eric has been talking about how easy it is to install OpenShift Container Platform 3.9 as well as part 3 of his series on the Open Innovation Labs residencies.

Christian writes about the book he and Burr Sutter have written about Istio Service Mesh and which has just been released. Congrats guys!

Finally Hibernate OGM 5.4.0 Alpha 1 is out and the Keycloak team are conducting a questionnaire for users so please look at it.

OK that's it for this week! 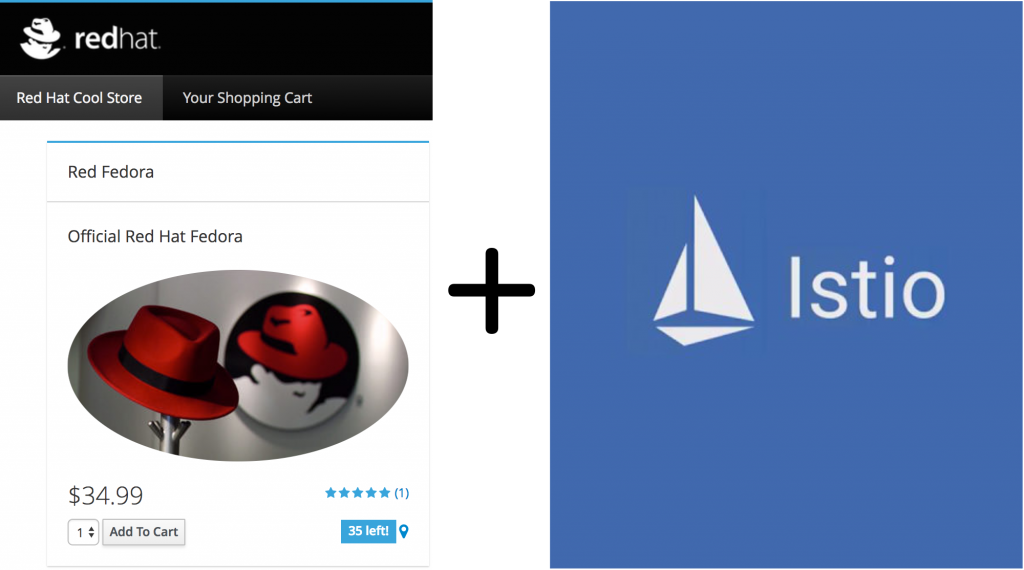 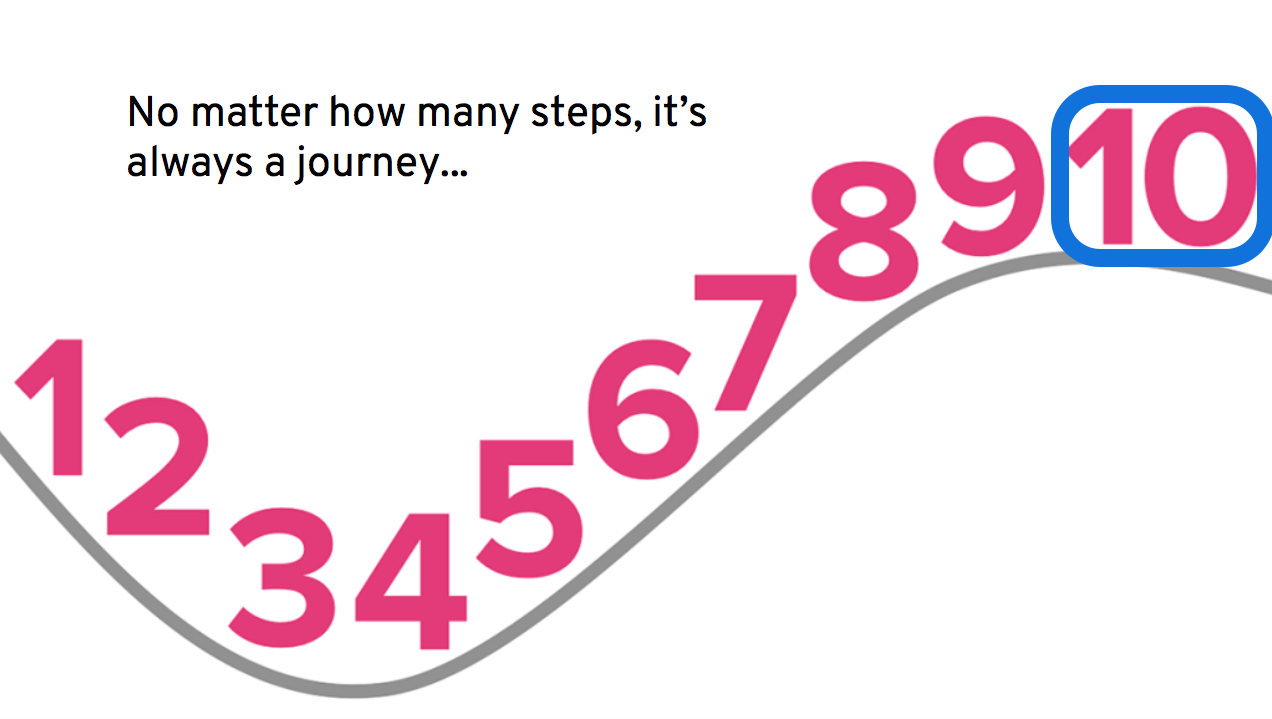 With the Winter finaly deciding to move on (a bit - or at least where I am) and the Easter holiday season, we have missed a couple of editorial! And for that, we truly apologize. However, the JBoss Community did not take a rest and quite a lot of happens in the last weeks. We'll endeavor to cover of lot that in this special "catch up" issue of the editorial! 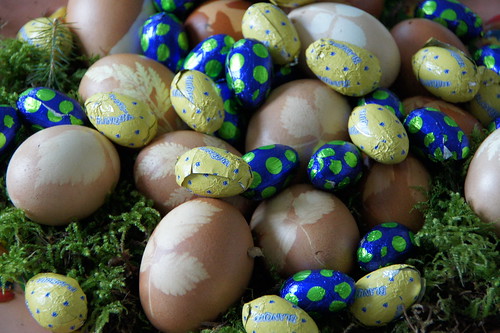 If there is two things trending in the last years, it is for sure Microservice and Security (and yes, Docker, but don't get me started on this). And this why this recent article discussing How a Service Mesh Can Help With Microservices Security is particularly interesting and compelling. On the other side of this spectrum, this other article discuss of the merits of Spreading Freedom with Mainframe.

If there is a trait that any member of the JBoss Community shares (or at least should) is curiosity. We are always one for learning new things. And the last weeks have seen a series of articles being released that are perfectly designed to quench our thirst. First, this Getting Started with Red Hat Decision Manager 7 will give you the opportunity to explore the world of OptaPlanner by running a simple demo on OpenShift.

Then, you can move on learning about Single Sign-On Made Easy with Keycloak / Red Hat SSO. Pretty neat, isn't it? Last but not the least, I've found this article on Spec API Modularity Patterns surprisingly interesting, go check it out! 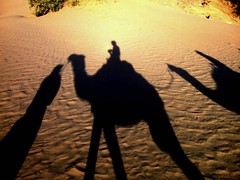 If you have been meaning to explore Springboot and/or Camel, the last weeks have provided with some excellent material to do so. First of all, Claus Ibsen released his talk at DevNation on Apache Camel: Camel Riders in the Cloud (30 minute video). From there, you can naturally move to Writing Your First Camel Spring Boot Project With the Rest DSL. As no serious application should not be developed without proper testing, you will be able to move quite naturally to the following article on Unit Testing for Camel Rest DSL and Spring Boot.

Once there, you may even want to spice things up by Setting Up a Failover Scenario Using Apache Camel ZooKeeper. And the, if you feel your Camel/Springboot app is be ready to be released, you can even give it a try on Openshift following this article on Deploying a Spring Boot App with MySQL on OpenShift. 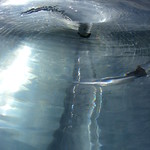 If Springboot and Camel are not your things - or simply if you are thirsthy for more, you also have the opportunity to dive into Vert.x. Indeed, following his introduction article from a few weeks ago, Clément Escoffier released a new one, focusing on Vert.x Application Configuration. From there you can easily extend your exploration to learning Some Rest with Vert.x and even investigate how to set up Clustering Vert.x with Infinispan.

Winter may be on the way out, but it is still time to Hibernate!

The Hibernate community is a large subset of our own community. Tracking its own activities can be a challenged and this is why, as always, we strongly recommend you take a peek at the Hibernate Community Newsletter 06/2018 which is a perfect way to do so!

As always, our own Eric D.Schabell have kept himself quite busy in the last weeks and released some quite interesting content. First of all, he kept going on with his guide for the upcoming Red Hat Summit and covered this time the Red Hat Summit 2018 Labs: Hands-on with Security. He also released the second part of his article on Inside Open Innovation Labs Residency (Part 2). Last but not the least, he released the first part of a new article on 3 Pitfalls Everyone Should Avoid with Hybrid Multicloud (Part 1). Please, go check all those out and enjoy !

A community, especially one as old as JBoss, is most of all made of the people contributing to it. This is why we would like to acknowledge some people in this editorial's edition. First of all, let's congratulate Claus Ibsen (@davsclaus) on his 10 Years as Apache Camel committer ! It is no small achievement. We also would like to extend our welcome to the community to Mark Rotteveel!

With almost three weeks of backlog, it will come to no surprise to anyone reading this editorial that we have quite a large bunch of releases to mention here: