Our last editorial was all about Quarkus, the project having just released its version 1.0. Of course, this issue will still feature of lot of news about the latest and brightest baby of the JBoss community. But I also wanted to bring up again a project have been heavily involved: JCliff and its Ansible integration. And I'm going to shamelessly used this editorial to promote it a bit ! So what is JCliff? JCliff is a small Java tool written to help integrate Wildfly into Puppet. It’s basically a layer between the JBoss CLI and the configuration management tool. Indeed, Puppet, like Ansible are working on state. They both check that the target, in this case an instance of Widfly, is in the correct state. If not, the tool will correct the issue and ensure the system is in the proper state. JCliff simply turn the question “is this in the appropriate state” into a series of JBoss CLI queries. It also does the same when the configuration management tool asks to correct the state. In the last year, we’ve worked hard into integrating JCliff inside Ansible, so people using it, can be fine-tuned and automated, as much as possible, their Wildfly configuration and deployment. Please, checkout our article on Managing JBoss EAP/Wildfly using Jcliff, if you want to know more about it! 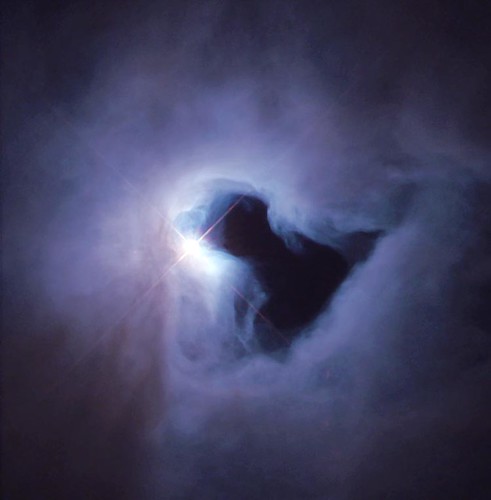 While I'm (rightfully) proud of our integration of Wildfly for Ansible, the fact remains that the current star of the JBoss ecosystem is, without a doubt, Quarkus. You don't have to take our word for it, check out Thoughtswork thinks about Quarkus! If you have not yet checked out Quarkus, the recent release of the 1.0 is the perfect opportunity to do so.

Why should you? Because any web Java developer or JEE developer needs to! By the way, if you are looking for an easy entry point, just follow this tutorial on Quarkus: Modernize "helloworld" JBoss EAP quickstart, Part 1

If you are already on board with Quarkus, then maybe take a look to this recent article on How Quarkus brings imperative and reactive programming together, I'm pretty sure you might find it interesting.

The last two weeks have seen a lot of interesting content about Kubernetes being released! The first one that caught our eyes is this one on Plumbing Kubernetes CI/CD with Tekton. Another one worth mentioning is this article on Using the Red Hat OpenShift tuned Operator for Elasticsearch. Both are quite intriguing and discuss some very cool use cases.

Enough about Quarkus and Kubernetes for now, let's take a look at what else the JBoss community has been up to! First all, let us recommend to you this article on Tracing Kubernetes applications with Jaeger and Eclipse Che, because this kind of technique might be quite handy someday and it's a good read. Next, less "debug-oriented" and more "let's do cool things", comes this other article on  OpenShift autoscaling Red Hat Fuse followed closely by Event-based microservices with Red Hat AMQ Streams.

As always, our very own Eric D. Schabell has been releasing material in the past few weeks. Noteworthy is his webinar on Blueprint for omnichannel integration architecture, but also his tutorial on How to set up OpenShift Container Platform on your local machine in minutes. Also worth mentioning in this section is the Kogito deep dive video from Devoxx.

Enough about Java stuff? Want to hear about JBoss community-related news outside of the Javasphere? Well, did you hear about this supercool integration between Wildfly and Ansible using something called JCliff? OK, enough shameless plug. Even I can see this one is just too much… 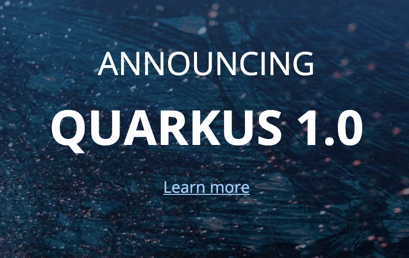 The big news this week is that Quarkus 1.0 was announced! If you've been involved or following the JBoss community recently you will likely have been hearing a lot about Quarkus. This new project has been getting a lot of attention as a framework for massively shrinking the memory footprint and boot times of Java applications. Thus making Java a preferred option in the Microservices and Serverless space. The first release candidate of Quarkus 1.0.0 became available this week, giving the Quarkus community an opportunity to discover any last-minute fixes needed before the imminent 1.0.0.Final release.

Reaching 1.0.0 of Quarkus has been a momentous effort by the community, of 177 contributors, in just 8 months since the initial public release. Read here as Mark Little gives his perspective on this significant milestone and looks to the future.

I'll leave it to Edson to provide a summary of the developer experience...

Life is too short to wait for you application to start/restart. Add something that sparks joy with @QuarkusIO!

(Turn the sound on) pic.twitter.com/IuCxzF9wiH

How do I get started with Quarkus?

If you are looking to get started with Quarkus, then you are well served. The easiest way to get going is to visit https://code.quarkus.io to generate your first application. You can then read the getting started guide to learn how to get your application started and how to experience the lightning fast developer experience. Getting started applications are great, but there comes a time when you need to go beyond and learn the technologies required to build your real application. Quarkus has you covered there too with the extensive guides section.

How do I migrate my existing Java application to Quarkus?

Earlier this week Marco Rizzi wrote a blog post showing you how to take a traditional Java EE application running on JBoss EAP and modify it to run on Quarkus. Marco demonstrates this using a simple Hello World style application, but the principles he follows will hopefully be of use to other porting a real application.

In Austin on December 12th and excited about Quarkus? If so, come along to a free DevNation:Live event and get hands on experience delivered by Red Hat experts.

Despite the huge Quarkus news this week, the community has also been busy in other areas...

In this post Andrew Block and Romain Pelisse explain how to manage JBoss EAP using the Jcliff project. They show how this Java-based utility takes version-control friendly declarative configuration and applies it to your JBoss EAP installations.

How to Secure Microservices with Red Hat Single Sign-On, Fuse, and 3scale

In this comprehensive post, Raphael Abreu walks us through a proof of concept architecture for demonstrating how to protect APIs with Red Hat Single Sign-On (Keycloak) and 3scale.