There are so many interesting happenings in the world of JBoss that it is even hard for us "insiders" to keep up.  I personally subscribe to the Aggregated Feed [1] viewed using Flipboard on my iPad and use Twitter [2] via my Android Phone to aid in monitoring the JBoss universe.  And if you are more of an email-based person, make sure to subscribe to the JBoss Developer Newsletter list [3].  All of these tools can help keep up on news while on the bus or even in the "library" (thank you WC Fields).

Here are some of the most interesting things that I noticed coming over the wire this past week. 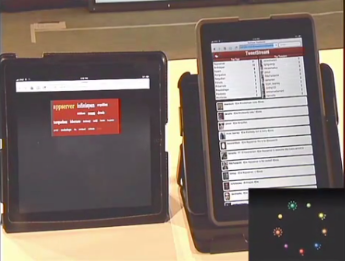 Welcome to the first regular weekly roundup of what's been happening in the world of JBoss. As editors, our attempt here is not to replace the other streams of information that flow from JBoss projects and people, but to act as an aggregator for some of the ones that we believe are worth paying attention to. As a result this will often be a subjective view, so you may see some things focused on here that you wouldn't normally notice and others may be missing. Hopefully we can please most of the people most of the time!

So let's jump in and look back over the last week:

Well that's it for this week's roundup!