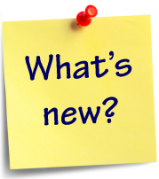 Another week and another update about the wonderful world of JBoss, a community that is absolutely bubbling with activity. Every week we try to bring you an overview of the latest, greatest JBoss project news, keeping you up to speed on the width and breadth of the innovation being done in our house.

As of late there has been lots of noise and activity around the announcements of JBoss AS 7. This continues with another behind the scenes look at Why is JBoss AS 7 so fast?

Gaven King has unleashed another insightful post to update us on Ceylon's progress, which led to a bit of a discussion that you might find interesting in the comments below the article. This brought us the follow-up article that answers some of the questions regarding the design of Ceylon. There was also a nice overview of Modules in Ceylon. It remains a very interesting and hot topic both inside the JBoss communities and in the Java community as a whole.

Michael Anstis posted a few of the changes to Guvnor's Asset Viewer. Mark Proctor will be at Rule Fest 2011 in October a premier Rules conferences of the year. Also of note, Mario Fusco joins the Drools team as a core engine developer.

Events coming to the area near you that have been getting a lot of Twitter attention are the following:

I thought it might be nice to put the spotlight on one or two of what I think are pretty cool projects out there in the JBoss community, just to let you know what you might be missing in the shadows. These are not mainstream components, but are small efforts to provide you with some ease in your daily JBoss development life. Take the time to stop by their corner of the world, read about their efforts and maybe give a helping hand!

Easy listening for your summer vacations

Looking for something a little different to listen to during your vacation? How about the JBoss Asylum podcasts, you can catch up on all the news in the JBoss community while sitting in the sun. Another good one to catch is over on This America Life entitled When Patents Attack.

For the rest of you out there, enjoy your summer vacations and code on (at the beach?) like these guys!

A lot of interesting things happened since last week. Let us do a quick roundup: 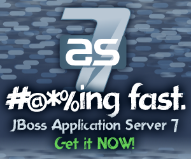 I fully expect a global drop in coffee consumption for enterprise Java developers and administrators because there will be less wait time, less coding and you now have a vastly easier to manage & deploy application server.    More developer/administrator productivity means more time spent on adding business value.   You can join the #JBossAS7 conversation on theserverside.com.

Make sure to check out the articles listing for more details about JBoss AS7.

VIdeo killed the radio star and the amount of video production by the JBoss team has exploded over the last few months at www.vimeo.com/jbossdeveloper.

Key videos published in the last couple of weeks include:

Wish to follow the twitterverse action for #JBossAS7 but without actually having a Twitter account?  Check out our JSF2 + RichFaces4 based Tweetstream demonstration that runs on OpenShift at bit.ly/tweetstream2 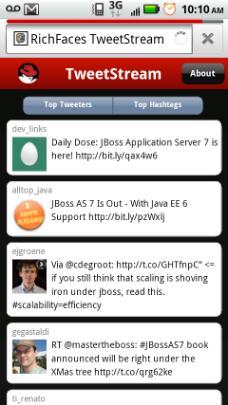 We're slightly later with this week's edition, but a lot of that's to do with the time we spent at JAXConf (where we won the award for the most innovative Java company!) and all of the work we've been putting into the upcoming JBossAS 7 release! But no more delay, so let's get on with it: 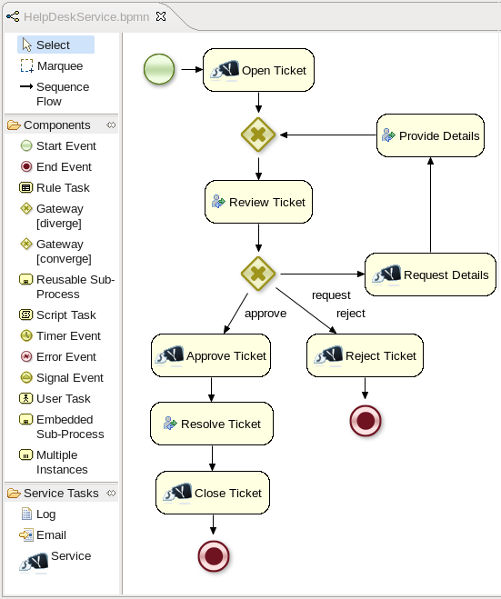 Well that's it for this week. Of course there were many other things going on in the wonderful world of JBoss, but we have to keep these things short and snappy. But hopefully this will whet your appetite and you'll check out all of the syndicated blogs we have and other news that happens on JBoss.org. So until next time ... enjoy!