Welcome to this week's edition of the JBoss Weekly Editorial, our regular dip into the communities around JBoss.  In this week's edition we highlight a number of interesting topics, tutorials and videos that will keep you informed of the many recent developments occurring within those communities and hope that they serve as a start for your own explorations.  We hope you enjoy what follows.

Eric continues his series describing the JBoss BPM Travel Agency with his third video in the four part series.  This episode discusses the inclusion of compensation flows within the workflow that can be fired when fraudulent activities are discovered.  For extra credit you can even try to spot the JBoss BPM Travel Agency posters, sending a photo of those posters via twitter could earn you a goodie bag of BPM goodies.

We continue  the BPM theme with a post from Maciej who describes one mechanism for executing tasks concurrently, known as "Multiple Instances".  This component provides a mechanism through which multiple instances of a task or subflow can be created to concurrently process information available in collections, terminating when a specific completion condition has been fired.

OptaPlanner 6.2 sees the inclusion of a new strategy that is useful for scaling Vehicle Routing problems and similar use cases.  The strategy, called nearby selection, allows OptaPlanner to handle larger problems much more efficiently.

Marcus has recently been investigating some of the security aspects of WildFly 8 and came across some capabilities that are not as well documented as previous versions, in this instance how to enable TLS using the new web subsystem Undertow.  Never fear though, Marcus has taken on the challenge and has produced a great walk through describing the changes that are necessary to enable TLS handling via Undertow.

Vert.x is often touted as a polyglot alternative to node.js running on the JVM but what does this really mean to a node programmer?  Follow Brian's investigation as he looks at how you can use using gulp, a node.js build tool, to build a vert.x 2 module.

Having a splash screen on a mobile application is a great way of letting your users know that your application is running and performing its initialisation tasks, providing invaluable feedback.  In his second post of the week Brian summarises how he created a scalable splash screen and what configuration was necessary to allow it to be used within a Cordova application.

The Infinispan team will be back at FOSDEM in Brussels this Saturday January 31st, represented by Gustavo who will be presenting a session on advanced querying capabilities  entitled "Querying your datagrid with Lucene, Hadoop and Spark".

Last week saw Eric present his session entitled "Is Platform as a Service (PaaS) in your future?" at the Power to Innovate event in Utrecht, if you missed the session, or attended but didn't take enough notes, then Eric now has his slides available online.

That's all for this week's spin through the JBoss world, please join us again next week when we will take you through more interesting and informative articles written by our communities.

Welcome to this week JBoss Editorial ! There is a lot of content waiting for you in this one, the JBoss communities appears to be booming ! Is it a side effect of the cold weather, helping us, geeks, to stay home and code (or write) rather than go out and play ? Or it is maybe the energy release of this brand new year fueling our contributors ? In any case, a lot to watch, listen and read for you this week...

The Shape of things to come

Let's face it, they generally useless but always funny to read - and even more to checkout a year later, so here comes some Technology Predictions for 2015 ! But more concretely, unless you've been leaving under (a protected against internet and media) rock the last week, you have probably heard that Pivotal Pulls Groovy Grails Fund. While not a part of the JBoss project and communities per say, Groovy is certainly a part of our ecosystem. So in case you are not privy to this annoucement, check the link above.

PaaS, Microservices, Camel and Docker - the future or not ?

Let's face it, all those topics are certainly buzzwords from 2014, and they'll most likely keep buzzing in 2015. But are they really what they promises ? For insance, how about Scaling Microservices ? And how to integrate microservices with Apche Camel ? Maybe this demonstration of Microservices with Apache Spark and Cassandra (Big Data much ?) will help you clarify your thoughts on the subject ? And on an other topic, is Platform As Service (PaaS) your future ? And let's face it, what is the word on using WildFlies and Camel on large enterprise projects

As always, this week saw a series of releases - and some important ones as AeroGear 2.0 has been released and Errai 3.1.1.Final also :

Hands on and under the hood

First to build up your appetite, here are some interesting little tidbits from last week. First, a simple Java EE JSF login page with JBoss Picketlink Security, along with

a tutorial on NoSQL with HibernateOGM 1.0.1 - Persisting Your First Entities. And to go along, a nice intervew and demo from Stuart Douglas About Wildfly9 Undertow (Developer Interview #11).

And more about BPM and BRMS

As almost every week, Eric Schabell keep producing passionating and useful content regarding both BRMS and BPM. So, the second part of How to Fly with JBoss BPM (Travel Agency) has been released, along with an article on how shockingly easy it is to get into  JBoss BRMS BPM suite.

A bit of infrastructure

Along the numerous technical bites produced last week, a sort of common thread, not surpringsingly, is about "infrastructure" (understand Docker). The first byte is this Tech Tip #70 on Build Kubernetes on Mac.Once ready with Kubernetes, you will probably move to using Vagrant with Docker and Wildfly (to play with Java EE7)

And if your thrist is not yet quelsh by those, gives a look to this free book on Getting Started With Openshift (Quick Hands On). Next week, in Belgium, the famous FOSDEM convention will take place. As like every year, there is many talks from the JBoss communities - like this talk on Querying your datagrid with lucene, Hadoop_and_Spark (many more, just check the Red Hat speakers list).

Don't forget that the Red Hat Summit, and its twin community event, the DevNation, is coming. The Call for Paper for the later is open - so don't forget to apply, I've heard that Boston's weather is lovely in April (ok, what I've heard from Boston weather probably makes this comment a blantant lie, but who cares ? You'll be cozy inside, listening passionating talk or talking yourself !)

Sidenote: Being French, and from Paris, I would like mention that my thoughts goes to the familly & friends the victims of the recent tragic events in my hometown. Cabu and Wolinski comics books have been the corner stone of my upbringing, they should not been forgotten. #je-suis-charlie 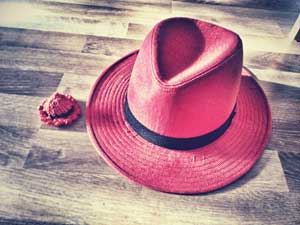 Everybody seems to be back from the well deserved vacation. And this third week in the year already had plenty of news and releases to talk about.

The Hibernate team has been busy like hell. Sanne Grinovero blogged about the latest Hibernate Search 5 goodies which will go straight into WildFly 9. Arun interviewed Emmanuel about Hibernate OGM and NoSQL. Gunnar walks you through the latest Hibernate OGM 4.1.1 features and I took my readers on a journey through all kinds of Docker, Java EE and WildFly at JBoss with this overview-posting. An extended version also got published at the Red Hat Developer blog and talks about all things Docker at JBoss. Thomas tried to explain why he loves Docker. And Bela finally closes this chapter with a heads-up to an upcoming JGroups workshop plus, there's some new alpha code, which shows RAFT consensus in JGroups. If you've been wondering, what Kubernetes is in the context of Docker, let Arun explain it to you. Pierre Sutra introduced us with a blog-post to A Factory of Atomic Objects in Infinispan.

At the end of the month, 29th of January, there will be an event hosted in London, UK for showcasing integration and BPM middleware solutions by Red Hat JBoss (Red Hat Middleware Day) where Eric will be giving his Mastering xPaaS show! Don't miss it! Matthias was so kind, to write a getting-started blog about Pushing the Limits - Howto use AeroGear Unified Push for Java EE and Node.js. Eric also introduced a new video tutorial (part 1) about How to fly with the JBoss BPM Travel Agency (video 1 of 4). And I published a short piece about latest Apiman 1.0 release and how to start working with it Kickstart on API Management with JBoss Apiman 1.0.

Gorkem Ercan (@gorkemercan) was my guest on the developer interview series and talked about Mobile Dev with JBDS and Cordova. Brett Mayer wrote about SSO with Errai and Keycloak.js.

Kenny shared his DevNation and Summit presentations: Red Hat Summit and DevNation Submissions and Arun finally takes you through all the details  How to write effective and SEO-friendly blogs?.

The Call For Papers for DevNation is OPEN! If you haven't, please make sure to submit your cool JBoss Community talk!

That is all for this week!  Please join us next week for another version of the weekly editorial.

If you want to get all the latest and greatest throughout the week, consider following the @jbossDeveloper twitter handle and subscribe to the planet.jboss.org rss feed!

The holidays were a blur as they seem to fly by at the blink of an eye.  The holidays are a great time to enjoy family, even though sometimes it may seem like a Christmas Vacation movie.  Also it is great to catch up on sleep when possible.  For those that can't tear themselves away from technology, the holidays do not slow down progress.  In this weeks editorial we close out 2014 and start 2015.

The Year in Review for 2014 (The Last Editorial Week)

The last week of 2014 started with cleaning up wrapping, eating leftovers and putting away decorations.  The end of the week was a preparation and celebration of the last day of the year and the beginning of the new year.  Celebrations took place across the globe.  While some chose to go out into the crowds, I chose to stay home and watch the celebrations on TV with my family.

Additional Postings from the final week of 2014

I can't wait to see what is in store for JBoss Products and Projects in 2015.  A couple of areas of interest that I look forward to are:

Marko Luksa published a series on a Wildfly cluster and Openshift Origin :

Additional Postings from the first week of 2015