With Christmas only a couple of weeks away, most of us are trying to wrap up things nicely to enjoy the holiday with a nice sense of completeness - and that's probably why there are so many releases this week. Sadly, some are not at all in the Christmas spirit as you'll see by the Ceylon's troll alert... But first things first, let's look at the good stuff !

Keycloak is out and social !

Keycloak 1.7.0.Final Released and it's full of good features (already documented when the RC was released: Keycloak 1.7.0.CR1 Released). And if you wonder how this could help you, well take a look at this article on First social login in Keycloak, and you'll know what to do next time your application needs some authentification layer (no more extra passwords and user credentials to manage anymore !).

Infinispan is also out and make sparks !

Infinispan 8.1.0.Final is out! This release comes with many enhancements, but the main focus is certainly on the brand new Web Management Console - which the team has been working on quite hard, and are rightly proud about. They even made a video for you to check it out: Infinispan 8.1.0 Admin Console.

Infinispan is a very powerful tool and it's nice to see that more and more connectors allow to integrate with it smoothly. A nice example of this is this brand new Infinispan Spark connector. If you like to play with Spark, check it out !

Really ? In this day and age ?

Sometimes, you run into something that just make you think "Seriously ? People are still doing that ?" - and of course not in a good way. Indeed, the Ceylon community has just released "Troll alert". I honestly thought those days were gone, but apparently, I have been quite naive about it - read the whole story, it's a cautionary tale. 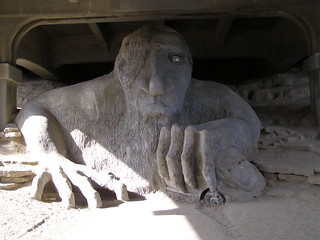 While the JBoss Community is obviously all about the gritty-nittyness of in-depth technical details, it's also nice to take one's head out of those, and to look at the so-called "Big Picture": DevOps and the Myth of Efficiency.

As every week, our Evangelist team, all over the globe, have been quite busy. First, Christina released a new workshop "101 Fuse in EAP", that certainly is worth a look. And, as usual, Eric D. Schabell produced new materials on his ongoing series of JBoss BPM 6.2 new features articles, including Multi-user support in Business Central and How to use the Correlation Key.

That's all for this week, please join us again for the next installment of the JBoss Editorial where we will endeavor to bring you more interesting articles written by members of the JBoss communities. And stay up to date with latest developments by following @jbossdeveloper on twitter.