Welcome to another edition of the JBoss Weekly Editorial where we bring you up to speed with all that has been happening across the JBoss Communities.  This past Sunday the 14th was Valentine's Day and so I thought I would share a little bit of history before moving onto the week....

The day first became associated with romantic love within the circle of Geoffrey Chaucer in the 14th century, when the tradition of courtly love flourished. In 18th-century England, it evolved into an occasion in which love interest expressed their love for each other by presenting flowers, offering confectionery, and sending greeting cards (known as "valentines"). In Europe, Saint Valentine's Keys are given to love interest "as a romantic symbol and an invitation to unlock the giver’s heart", as well as to children, in order to ward off epilepsy (called Saint Valentine's Malady).  Valentine's Day symbols that are used today include the heart-shaped outline, doves, and the figure of the winged Cupid. Since the 19th century, handwritten valentines have given way to mass-produced greeting cards as seen in the attached image.

I hope everyone had a great Valentine's day as well as a great week. So onto our Week in JBoss...

Eric Schabell continues his tour of the Cloud stack continues from his previous article in a series where he laid the first foundational bricks, the reliable and container supporting operating system. The core machines on which our Cloud will rest, that support containers but obviously don't do much more than that.  You can find more of articles in the series listed below. 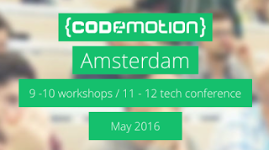 This coming Spring there will be a CodeMotion conference in Amsterdam in May from 11th - 12th, 2016.  The Call for Papers is open until Feb 15, 2016.  Eric shared his talk submissions here.