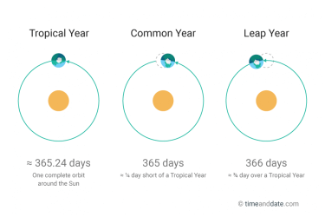 One orbit of Earth around the Sun takes 365.2422 days—a little more than our Gregorian calendar’s 365. Adding an extra day, aka a leap day, to the calendar every 4 years brings the calendar in line and therefore synchronizes with the four seasons.  Without leap days, the calendar would be off by 5 hours, 48 minutes, 45 seconds each year. After 100 years, the seasons would be off by 25 days. The extra leap day adjusts this drift.

So to determine a leap year here is a quick algorithm:

else (it is a leap year)

I hope everyone had a great week. So onto our Week in JBoss...

Christina Lin shared part 2 of her Auto DealershipManagement Demo.  This series of blog is based on building an auto dealership management system on Fuse Integration Service. It creates three major functions in the system:

Claus Ibsen shared the continuation of the video blogs he has done about our development on the fabric8 Camel tools.  He covers the camel tools to add or edit endpoints from the current cursor position.

Maciej Swiderski shares the capabilities of the jBPM UI extension on the KIE server.  One of the most desired use case is to be able to visualize state of given process instance - including graphical annotations about which nodes are active and which are already completed, showing complete flow of the process instance.  This has been added to KIE Server as part of jBPM UI extensions and provides following capabilities:

He also shares what Wildfly Swarm means in the context of the KIE Server.