Many things happened this week but I'll take a selfish moment and start with a couple of articles I wrote. As I mentioned earlier in the week, it's been (over) 10 years since JBoss was acquired by Red Hat and it's been a great decade for open source enterprise middleware from Red Hat! Every one of our customers, partners and community members deserves a round of applause!! 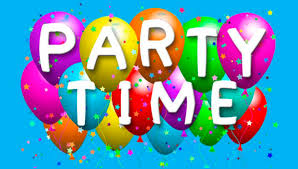 Next up I had to write some clarification text around the MicroProfile work we announced back at DevNation. Take a look if you are still confused but let me summarise here for some people who appear to be unclear about how open source works: it's an upstream, open source effort to gain experience from communities, vendors and individuals, around developing microservices with enterprise Java; it's not a standard, though it going to use various standards, and eventually once we believe we have something worth standardising we'll make the right next move.

Talking about things we announced at DevNation or Summit, Eric has written a summary article for those people who couldn't make it this year. Nice to see he included the killer keynote demo In a separate article Christina writes about a JBoss Fuse Integration workshop she, Eric and Siamak did at Summit - well worth checking out! 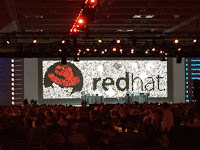 On to some non-Summit related activities this week. Let's start with Ceylon, where Stef talks about some modularity changes in the language as well as their Android support.

We've had a few releases this week too, including the first Hibernate OGM 5 maintenance release, Teiid 9.0.1, Hawkular Services 0.0.5 Final and Hawkular Metrics 0.17.0 (well done guys, for multiple releases!). The Hawkular team also wrote about scaling stateful services. Finally for this week, Gunnar has written about how you can upgrade Hibernate ORM in WildFly, something which is a lot simpler since their latest release of Hibernate last week 5.2.1.

OK, that's it for this week. And in light of our 10 year anniversary, I'll end with: Remember we love you, and Onward!