Running software in the clouds have been an essential topic of our industry for almost a decade now. While it used to be reserved to the cutting-edge, experimental and adventurous projects, it has been, in the last years, adopted largely by the industry. In this context, it is quite exciting to see all the news of last weeks surrounding the topic within the JBoss Community... 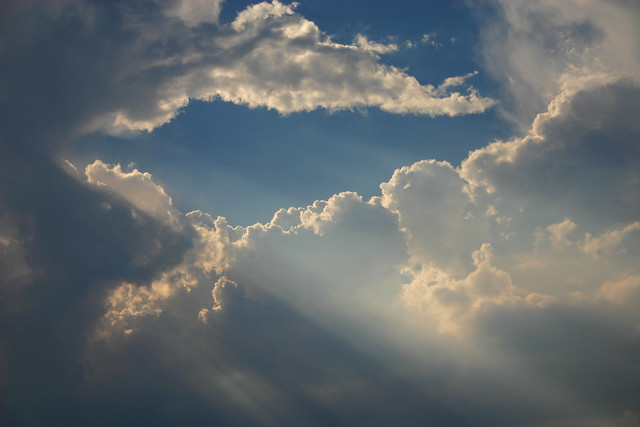 If you have lived under a rock for the past decade, you may have no idea about cloud infrastructure - or maybe you never ended up using one. This editorial focuses a lot on cloud, so maybe you can take a look, at first, at the 10 steps tutorial started by Eric D.Schabell last week ?

Best way into the Clouds - OpenShift

Well, this might only be my opinion - so feel free to disagree - but I do think OpenShift is one of the best ways to get into a cloud infrastructure. And there was quite a lot of nifty informations about it released last week. First of all this pretty interesting article on JBoss A-MQ on OpenShift Cheat Sheet, will certainly help you manage your favorite MoM on a OpenShift container.

To go further down the road, you may even want to explore how to properly maintain your own images in OpenShift, than this first installment of a series of articles on Container Images for OpenShift (Part 1: Objectives) will certainly reveals itself to be an excellent starting point.

Last, but certainly not the least, an announcement from Red Hat and Alibaba, just yesterday, shows how much traction Cloud is having in our industry : Red Hat and Alibaba Cloud Join Forces to Bring Increased Flexibility with Open Source.

Eclipse - Java Tooling for the Sky

As much as cloud infrastructure is bringing easiness of deployment and scalable performance to your (Java) application, one still needs to write and design a resilient and robust application, not to mention the increasing need for the app to be as secure as possible against the many hacking threats out there.

Fortunately, the Eclipse project keeps enhancing the IDE, enabling us, developers, to write better apps. If you doubt, just take an eye at this article on Java code coverage in Eclipse! I'm pretty sure you never thought of using code coverage this way.... It is also nice to see the integration of Fuse technologies within Eclipse is making progress as shown by the following article: Fuse development environment with Development Suite installer.

If you are excited by the new evolution or the future of the IDE, you should definitely join other members of the JBoss community, along with some Red Hat Developers at EclipseCon Europe on the 24th and 25th of October in Ludwigsburg, near Stuttgart, in Germany.

Despite the actual meaning of its name, the Hibernate community has also been very active and keeping up with what is happening within the projects. It would require a separate article to cover it all! Fortunately, last week saw the release of the Hibernate Community Newsletter 19/2017 , so you just this need to check this out to get updated, and to make your user experience even smoother, the Hibernate websites get a facelift!

Of course, not everything things is about cloud. As always, the JBoss community having been working on numerous projects and keep offering improvements of all sort to their users. For instance, Apache Camel fans will be very happy to read (more) about Apache Camel route coverage tooling on the way. Or maybe you would like to learn how to set up Hawkular Alerts in ManageIQ? Or rather how to Run an Embedded WildFly Host Controller in the CLI?

See, plenty of advanced materials there, but maybe you crave learning new things, rather than delve into complex topics. So, what about Getting started with workbench and KIE server on 7.3 (and onwards)?

Also, any Java developer will be interested in knowing what is coming with the JDK 9 release, so let's take a look at this Overview of the New JDK 9 Release.