For this very first editorial of 2020, let us wish you all a Happy New Year! We hope you’ll have another excellent year within the JBoss community and the editorial will keep you up to date like it did in the last years. With that out of the way, let’s carry on and jump into this week’s issue, starting, of course, with an update on Quarkus!

As the new year arrives, we're happy to report that our latest (and very promising) project, Quarkus is still going strong. It just released its version 1.1.1 but also the framework is gaining traction, especially in the context app developed for the clouds. If you want to know more, take a look at this article titled See the magic behind Quarkus, the cloud-native Java framework. It's also interesting to see that there Quarkus, like Wildfly, does not forbid the use of the popular Spring framework, but also integrate wells into Kubernatives! More on this in this other article Kubernetes-native Spring apps on Quarkus. 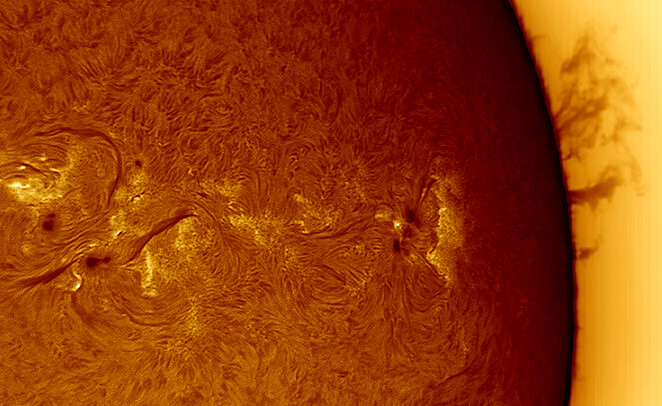 Quark Chromosphere" by ewanhobbs99 is licensed under CC BY-NC-ND 2.0

Bela Ban, the main developer of JGroups does not blog often, but  when it does, it's generally very interesting, in-depth articles regarding clustering and network development. His latest installment does not break with the pattern and led you into the complex, but fascinating use case of Spanning JGroups Kubernetes-based clusters across Google and Amazon clouds. A must read for the week! Still on the topic of Kubernetes clusters, maybe you want to discover Skupper.io: Let your services communicate across Kubernetes clusters? Or maybe you are a Kafka user, then your interest will be picked by this article on Serverless Kafka on Kubernetes.

Leaving Kubernetes behind, we also have a couple of other interesting articles being released in the last week. The first one covers Dynamic case management in the event-driven era, so a rather high-level view, while the second one drills down on a more pragmatic problem discussing Role-based access control behind a proxy in an OAuth access delegation. Last but not the least, we have another "in-depth" article discussing camel-core optimizations coming up in the next versions.

As always, our evangelists keep releasing new demo and content to help people discover and use the latest version of the JBoss Community projects. In the last weeks, Eric D. Schabell released an article titled Code Ready Containers on Decision Management developer tools update, but also another on titled 2019 in review - Open career and portfolio architecture. Go check them out!

Kubernetes has been a very trendy topic for the last month. Actually, this very editorial features none less than three different articles relating to it! As people maybe interested in those while not wanting to fish them out of the content above, I've regrouped them all here. First we have the passionating article from Bela Ban on Spanning JGroups Kubernetes-based clusters across Google and Amazon clouds, closely followed by the one on Skupper.io: Let your services communicate across Kubernetes clusters and, of course, the one on Serverless Kafka on Kubernetes ! Enjoy!