Before we start, let me say Happy Star Wars Day!

So after last week's GSoC focus, this week we have a lot breadth to cover. Let's get straight to it with the announcement of the winners of the JBoss Community Recognition Awards! Our communities are a critical element in the success of JBoss and our projects, so being able to recognise key members of those communities is a great way for us to show our thanks. Hopefully all of these winners will be taking up the offer to come to JBoss World and we'll be sure to make them feel even more welcome than they already are. In fact one of the winners, Markus Eisele blogged about how happy he is to be recognised, so check that out too.

The Errai project just keeps delivering. Mike Brock has posted the second part of about Errai IOC and if you haven't checked out the first part then you should definitely do so. Whether you're interested in GWT, mobile or just like to follow what Mike and the team are doing, Errai is definitely a project to watch. Another one to keep an eye on is Teiid, and Ramesh discusses how the latest 8.0 release brings Data Virtualisation to AS7. And the relative newcomer to our project portfolio, AeroGear, was represented at OpenCloudConf recently by Kris, who talks about his experiences and things going on in the project.

We all know that EAP 6 is coming soon and that AS7.1 is a significant improvement over previous releases. We also know that some of that is due to EE6 being significantly better than previous versions. However, that does lead to a potential migration headache if you want to move your code from an EE5 container to EE6. Well Shane Johnson has kicked off what could be an extremely important (and interesting) series of articles on how to tackle the migration.

There were quite a few of use at Devoxx France and some had the pleasure of being caught on camera! Here's Stef, a core member of the Ceylon team, talking about the language and community involvement. And Gavin has more to say on some changes in the language too. Emmanuel, in his inimitable style, discusses Devoxx and other parts of the "French Revolution", though whether or not he is right in his title is open to debate

We have our usual series of project releases. Congratulations to the Weld team for getting Alpha2 of 2.0.0 out, with the CDI 1.1 TCK. And ModeShape 2.8.1 went final this week. If you're interested in JCR then of course you should check it out. However, ModeShape is shaping up (no pun intended!) to be far more than just JCR. If you are at all interested in NoSQL then you may find some of the features in this release and the intended 3.0 release to be relevant. Hardy and team have also pushed out Hibernate Validator 4.3.0.CR1, which they hope will be the only CR before the final release. Jesper announced the release of IronJacamar 1.0.0.Alpha7 as well as outlining the road ahead.

And it appears that the entire TorqueBox team is "happy as kids around a maypole on May Day", as they mention for the 2.0.2 release. Absolutely no comment on which team members are wearing the dresses in the picture! 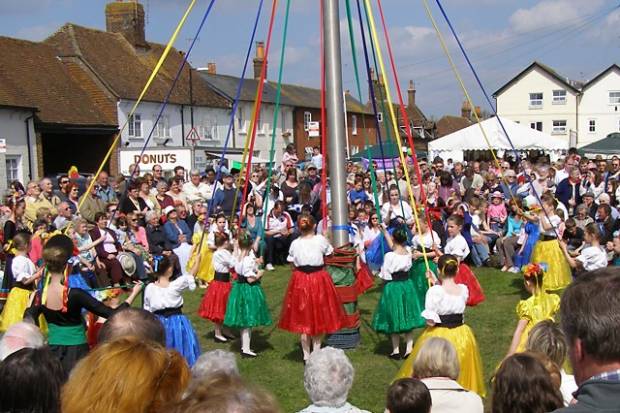 Finally, don't forget that Max and team have produced the latest Asylum podcast! OK, that's it for this roundup. Enjoy!