To kick of this week's note, I wish to focus on a major delivery by MANY of our teams - JBoss Developer Studio 6 shipped TODAY and you can download it immediately.   Key features include:

- Based on Eclipse Juno 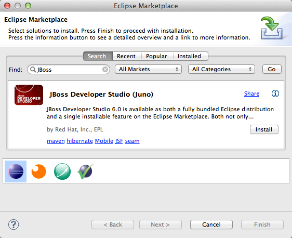 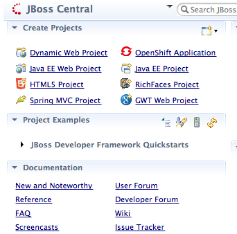 The delivery of JBoss Developer Studio represents more than a simple Eclipse-based toolset due to JBoss Central.   On JBoss Central, you will find the following:

- Easy integration with OpenShift - including the new OpenShift Enterprise

- GWT Archetype from the Errai Project

- Links to documentation, screencasts, blogs and much more

A significant number of open source stars have to align to deliver all of these capabilities at a single point in time.   If you are the type (like myself) who would rather spend a few minutes watching a video BEFORE you invest the time and energy into downloading and installing something - check out this video I recently uploaded to YouTube:

The JBoss Team has also delivered numerous blogs, new releases and crafted several other videos that I know you will enjoy:

There are still a few weeks left in 2012 - I suspect our team can crank out a few more great things in that timeframe.  Stay tuned, it gets better and better