This week's editorial will be Cloudy with a touch of Enterprise PaaS, a bit of NoSQL moving in from the north, and maybe some sunshine later in the day! So let's start with some big news: we just announced OpenShift Enterprise, with EAP and EWS support! So if you're happy with your current infrastructual investments (hardware, middleware etc.) and just want to sprinkle some cloud pixy dust around and make it even more efficient, why not give the on-premise version of OpenShift a try? And our very own Eric Schabell has posted a link to a video he did on JBoss and Java in the cloud.

OK, but what about the NoSQL I hear you ask? Well hot on the heals of their latest release, Randall Hauch has posted a link to a presentation he's given on an Introduction to ModeShape 3. Don't let the JCR heritage behind ModeShape dissuade you from checking this out. If you're interested in NoSQL, graph-oriented or doc-oriented, then this is well worth a look!

There have been a lot of other things going on in JBoss-land this week, including the extended Drools team doing their usual impression of a team 10 times their size! Hmmm, or maybe Mark Proctor is cloning them 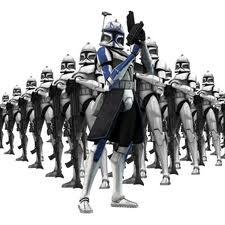 Anyway, they started with a lot of jBPM 5 related work such as a presentation at the London JBUG, a presentation on the new console work that's just been kicked off, Tihomir wrote about the designer, and Kris finished it off with the release of version 5.4! And Eric again has more than a thing or two to say about BRMS and BPM which is worth a viewing!

Another team that often hits above its weight, is Arquillian (appropriate I suppose, given the name's heritage): 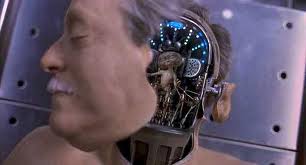 First the team announced the 5th Alpha of the Jacoco extension and then Jay has written about how the RHQ team have been moving to the latest version of JBossAS, the challenges that presents around testing and how Arquillian (the project, not the little alien) has come to the rescue! Some good experience work here to be leveraged elsewhere, especially if you're considering upgrading to AS7.

Before moving on to other news, it's worth mentioning that one of our often unsung heroes, Marek Goldmann, has done yet another great job of integrating AS7 with Fedora in terms of RPMs and distribution. Since Marek joined the team several years ago, he's worked with Bob McWhirter and a host of others, but the work he's doing at the moment is crucial to the larger JBoss audience. Well done Marek!

Finally we've had a few other project releases, including IronJacamar 1.1.0.Beta 3, Bean Validation 1.1 Beta 2 and yet another update from the HornetQ team. And in fact Emmanuel lets us know that public review of Bean Validation 1.1 has been approved by the JCP.

Well that's about it for this week. Check back next week to see what our clones have been up to!