All the hard work preparing for the DevNation and Red Hat Summit has come to pay off as Red Hat wraps up Summit Week and DevNation also comes to a close.

All About DevNation and Red Hat Summit Boston 2015

If you weren't able to make it check out this recording of the keynote and demo from the JBoss team.

Check out the recording of keynotes for DevNation over at Devnation.org 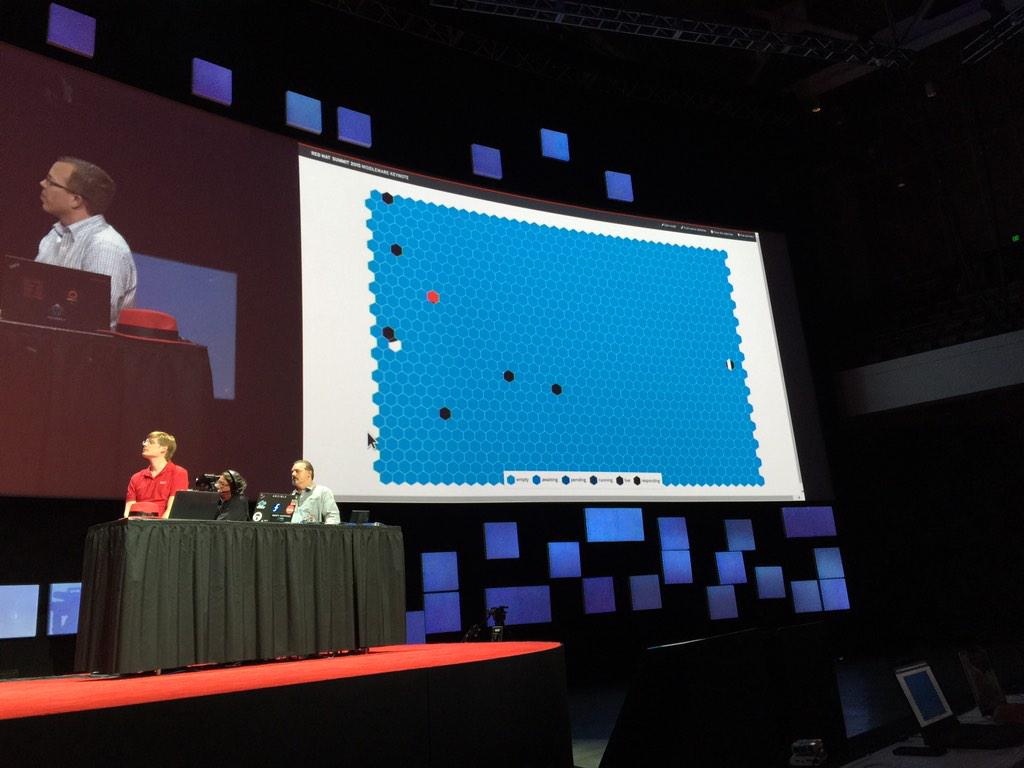 Also check out a cool story about Devoxx4Kids at the summit.

Matt Hicks on The Future of Development with Kubernetes and Docker

A new episode of "Camels in Space!" by Claus Ibsen (not to be confused with Pigs in Space).

Hawkular-Metrics 0.4.0 release and the way beyond