It's conference season, so there should be no surprise that some of the most important stories this week relate to the JBoss presence at various events. But not only that - we also have new releases, technical articles and many other  news from near and far.

We came, you saw, everyone won: Java One

As anticipated, the JBoss presence at Java One was massive and well-received, and our team on the ground has been kept busy by the packed audience at the sessions and at the booths (see the pictures).  Mark Little has been the first to publish his impressions - and there are more blogs to come. 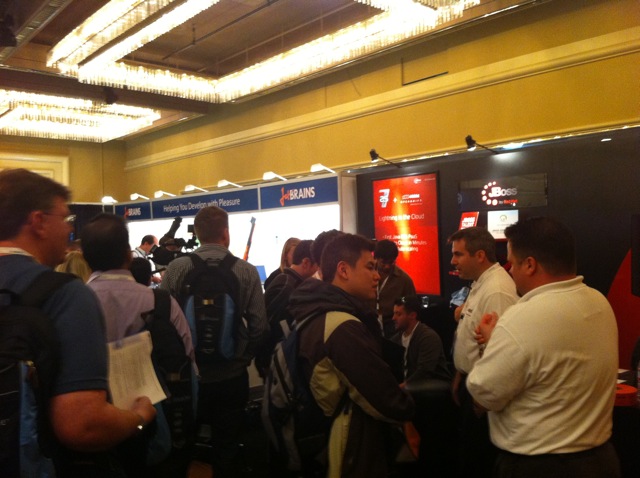 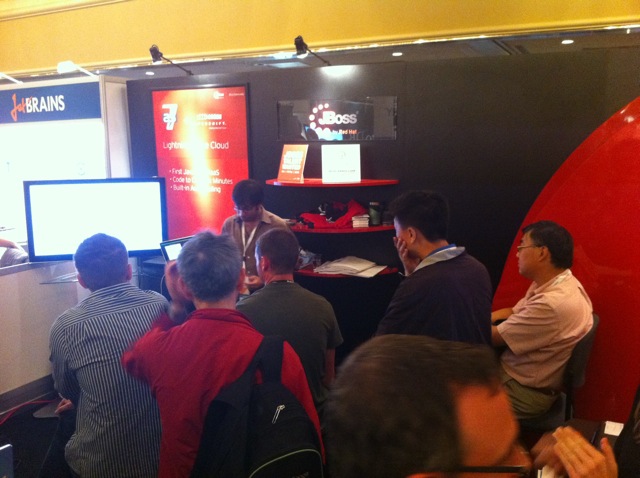 Besides the opportunity of talking about our latest technologies, there was another reason for the JBoss crowd  to enjoy their participation at Java One. We're talking about Duke's Choice Awards where two JBoss projects are winners this year:

Fun fact about Netty: whenever you tweet about our weekly update, you are one of its users. Netty, a NIO-based asynchronous event-driven network application framework is a central component in Twitter's architecture.

Break your applications to make them better: Byteman

Andrew Dinn has published the 'Getting Started with Byteman' guide to DZone. Byteman is a Java bytecode instrumentation tool that allows the injection of code into applications (including running ones), using a simple yet powerful scripting language. This makes tracing and monitoring particularly easy, but it is fault injection - testing that your application is robust enough to handle unexpected failures - where Byteman proves to be uniquely useful.

Advanced Wizardry with SwitchYard and the Eclipse plugin

"Any sufficiently advanced technology is indistinguishable from magic". Or, at least, so goes Arthur C. Clarke's quote. Be that as it may, a wizard's powers can be put to good use in either case. So, technology it is. Following Keith Babo's introduction of the SwitchYard plugin last week, Rob Cernich follows by describing its features in more detail, including the new wizards, XSD handling and m2e (Maven integration) configurations. SwitchYard is a premier lightweight enterprise integration framework, and tooling support (both through Eclipse and Forge) is another great addition to a great set of features.

In addition to the sessions at the upcoming RuleFest in San Francisco (October 24 - October 28), JBoss and Red Hat will organize a two-day Drools/JBPM BootCamp on October 27-28 (with a specific focus on healthcare on the second day).  For more details, read Mark Proctor's detailed announcement here.

On a related topic, Kris Verlaenen has published an overview of the service repository introduced by JBPM 5, which allows developers to create and share  services. This should make integration with well-known providers much easier. JBoss thrives first and foremost on the participation of its community, so you are encouraged to contribute to the repository with your own implementation.

JBoss AS7: as seen by the community

Adam Bien, Java Champion and Java EE expert has blogged about his experience of using JBoss AS 7.0.2 for more than a simple smoke test.

Hanneli Tavante, Seam community member has written about JBoss AS7 (in Portuguese).

Besides Java One, there were a couple of other events where JBoss was present:

Was this a busy week? We cannot possibly know. A JBossian's work is never done, so we will keep working to deliver state-of-the art technology in collaboration with our enthusiastic community. Read us next week, for more news.